Ever wondered how some political or social movements are adjudged bad even demonic while others get a free pass? The reason why is often difficult and sometimes impossible to fathom, but the how is usually self-evident.

Scapegoats, shields and saboteurs can be used to facilitate smears. Smears are a dime a dozen in the modern world. Often they start on-line. By astroturfing and using sock puppet accounts, one individual can create an enormous amount of disinformation. The so-called #MeToo Movement is an extreme example of this. Mostly it was male celebrities and powerful men who were targeted, some victims were both celebrities and powerful. Most were innocent. One of the most outrageous was the conspiracy to destroy Jian Ghomeshi in Canada. Ghomeshi had been an incredibly popular radio host, but he had rather unorthodox sexual preferences. This led to a woman making a single allegation against him, one that was true but almost certainly not criminal as it involved consensual if “rough” activity. There followed an avalanche of allegations made by a gaggle of demented females who conspired openly through social media.

Ghomeshi stool trial in early 2016, and took his accusers off-guard by revealing e-mail and real world correspondence he had kept from a decade previously. He was sensationally acquitted. Had he not held onto these artefacts, he would still be in prison now, yet his accusers – proven liars – are still alluded to as victims.

Scapegoats have a long history, but they can also be used as smears. Jews have long been the traditional religious scapegoat. In the Middle Ages, Jews were appointed tax collectors; the theory is that the common people would vent their anger on Jews generally rather than on the king, something that appears to have worked.

Jews were also scapegoated with the rise of communism and the creation of the Soviet Union. Some people, including those who should have known better, portrayed the Bolshevik Revolution as a purely Jewish plot. There were indeed many Jews involved in conspiratorial and revolutionary activities here, but many were Mensheviks, and the most powerful Jew in the Revolution was Trotsky, who was eventually ousted by the Gentile Stalin, and murdered in exile by a Stalinist agent.

The involvement of Jews there and later in the American communist spy rings was used with great success to tar opponents of communism and socialism as anti-Semites. The ADL was a major player in this, and rather than the Anti-Defamation League became a defamation league, something that continues to this day. Among those it has smeared as anti-Semites are the rock musician Roger Waters because of his uncompromising opposition to the Zionist occupation of Gaza and the West Bank. The ADL’s attitude to anyone who supports Palestinian rights is to accuse them of promoting a conspiracy theory about Jews controlling the American Government while simultaneously pressuring the American Government to bow to the Israeli Lobby. During especially his second term, Barack Obama stood up to the Lobby, probably because any criticism of him could be construed as racist.

One of the claims the Israel Lobby has made with some justification is that the Palestinians use their children as shields, but the IDF kills them anyway. Antifa thugs have also used shields especially in Portland, Oregon. The so-called Wall Of Moms was present ostensibly to protect protesters from police violence – protesters who were rioting peacefully. So an Antifa thug would appear out of the crowd dressed in black bloc, throw a projectile at a police officer, then disappear back into the crowd. Now boys, you aren’t going to assault peacefully protesting women, are you?

Then there are the saboteurs. There is evidence that saboteurs or at the very least a large number of police informants were present at the so-called January insurrection in Washington. The usual tactic is to ridicule such claims as conspiracy theories, but it is a documented fact that the FBI and other intelligence agencies worldwide plant agents in protest groups. One of the most notorious was the FBI’s COINTELPRO operation that was exposed in 1971. And it is a matter of record that highly placed members of the FBI and other intelligence agencies did their best to sabotage the Trump Administration. Judicial Watch and other lobbying groups have exposed the activities of Stefan Halper and others.  The pretext was that they were trying to uncover Russian “collusion” or influence inside the Trump campaign, but the only such collusion they uncovered was the collusion they themselves created.

Finally, we should end with a word about Kafka traps. Pressure groups and others that lobby for social change often give themselves grand sounding names; Black Lives Matter is an obvious one.  A BLM activist accosts somebody in the street and asks “Do you think black lives matter?” What sort of question is that, and how is it relevant to the destruction of perhaps two billion dollars of property and dozens of lives lost in the manufactured controversy over the death of George Floyd?

Another example is Women Against Rape; if you don’t support this organisation, does this mean you are in favour of rape? Or perhaps you simply support due process for the accused, including especially the falsely accused, of which there are many.

No one should be taken in by cute slogans or pressure groups that profess to lobby for beneficial social change while destroying our freedoms, or simply plundering the public purse.

Systemic Ignorance…which has morphed into Systemic Stupidity…fuelled by a Systemic Fifth Column MSM that long divorced itself from the Fourth Estate in favour of it’s present and ongoing propagandist position…aiding and abetting the malcontents. e.g. The fentanyl(?) felon Floyd is beatified and Cannon Hinnant is expunged from the records…the churches in Canada are accused of heinous crimes on the ‘discovery’ of mass graves at the Residential Schools, according to the headlines, without any research which would have revealed that the graves were NOT unknown, but UNMARKED…the indigenous ‘leaders’ that joined in the fraud failed to mention that the ‘unmarking’ was… Read more »

Stalin was a Zionist as was Roosevelt. https://www.jta.org/1955/03/18/archive/stalins-views-on-jews-revealed-in-records-of-yalta-conference
Jewish religion and Zionism are not one and the same. There is a split in Israel and around the world between the Zionists and Orthodox Jews. Being anti-Zionism is not anti-Semitic, the Palestinians are a Semitic people as are Orthodox Jews. The controversial question is whether the elite Zionists are Semitic? BB started a reverse migration to Ukraine. https://blogs.timesofisrael.com/leaked-report-israel-acknowledges-jews-in-fact-khazars-secret-plan-for-reverse-migration-to-ukraine/ 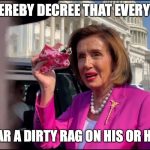 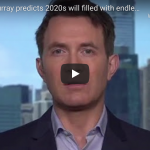