Every American citizen, and every citizen on Planet Earth ought to be roaring with rage at the United States government. More and more evidence conclusively shows that elements within the American government funded the development of SARS-CoV-2 in a Chinese lab, all the while blaming the Chinese government for the whole thing, when if it had not been for Dr Fauci and others like him supporting gain-of-function research in China, our world might yet be operating more or less normally.

This is worse than just egg on the face of the American government. This is a blot that has literally traveled around the world and affected every single citizen of the planet. Doctor Anthony Fauci, the Deep State, and probably a great number of people on all points of the political spectrum participated in this travesty.

The good news about all of this is that it is getting exposed. This report above, given by Fox News’ Laura Ingraham, is a very good “summary of the week” in its recounting of the development of information concerning this issue. It is not new information, at least not most of it. Next News Network reported on it over a year ago. I covered their report here on The Duran and have continued to offer food for thought on this topic since that time.

Many other “alternative” news outlets also offered information about the lab leak possibility and the US-China connection. But the pivot of the mainstream media from denial of this connection to cries of “resign, Dr. Fauci!” is very recent, taking only about four weeks or so to move an entire national narrative.

There are a few takeaways we must consider:

It’s possible China said nothing about it, because it rarely comments on anything if one looks back at past behaviour. I think the CCP doesn’t want anyone to know what it’s thinking or planning, the Chinese as a race have always been referred to as ‘inscrutable’. There is also the possibility that those in the pay of the Americans at the Wuhan lab released it on the instructions of America and the globalists, and that the Chinese government knew nothing about it until the initial workers succumbed to the virus. I wonder if we will ever get the complete truth… Read more »

The mysterious shutdown of the Fort Detrick lab and the move of its operation and funding to Wuhan, China, convinced me that it has always been a US political plot, and that it was probably planned from the start to hold China responsible for it, thus the necessity to move the operation there. The only thing I am still wondering about is whether it turned into a US-China co-production, or if China is silent about it because it is too embarrassed to admit publicly that they were fooled into trusting the US and thus end up as scapegoats for a… Read more »

My thoughts exactly, Helga. Given the great propensity for the Chinese people give to “loss of face”, I’d say the fact that they did not know what the work being done at Wuhan was, on behalf of the Americans, would be EXTREMELY EMBARRASSING to them.I doubt they’d ever be willing to admit, they were suckered in by the Americans.

🐘🦏🦛
Any idea what these represent?
A part of a new SCAM!
scenario:
Fuckci and friends will be blamed, but virus is real, and they must save humanity! 😈

Anyone guess what the plan C is should B not be successful?

Back to the animals!
🐘 PCR fakery
🦏 computer-generated patented “virus”
🦛 fuckccines

President Trump will be restored to the White House by the Middle of August.

Laura is off the rails on multiple levels here. Tiananmin Square was a CIA/NED Color Revolution and the Chinese Authorities had every right to take charge. They didn’t kill thousands. That was made up by the MSM on the orders of the Color Revolution Plotters. The CCP is not the problem. The problem is that the CIA and the MI-6 Deep State can’t take all the resources of Eurasia.

Fauci did what all other American companies did, outsource to China. Tim Crook runs a slave camp in China, Fauci ran a bioweapon lab in China.

Laura Ingraham is a political hack. They will sacrifice Fauci, but Obama, Pompeo, and many in the Deep State apparatus know more than they will admit.
Still untested dangerous vaccines or not, we have entered the age of biological warfare.

Oh the faux outrage. Why is all this surprising when we’ve witnessed the blatant theft of the presidency by a corrupt geriatric in full sight of both parties, and where the GOP pretended to protest but were relieved of the need to do so because of the false flag of the Capitol Hill insurgence? The current ‘president’ is in bed with China; his foul crack-smoking son is as corrupt as they come; the voting system has been totally compromised and may result in Republicans never gaining the presidency again (not that they are any different to Democrats); the DOJ, IRS,… Read more »

OK, so now we know who sponsored the research, The last question now is “Who sponsored the escape of the virus from the lab?” Personally I don’t believe for a minute that it just escaped – it “was escaped” by someone with a plan.

Helga I. Fellay
Reply to  august

those someones with a plan designed the virus carefully to kill mostly certain people (useless eaters, people with health issues such as obesity, malnutrition (the poor and minorities), and they also planned exactly when to release it, and where. I bet the farm these someones were not Chinese.

It’s a bit rich for her to point at China killing thousands in last 20 years when the last hundred years has seen her own country, America kill a million plus in different wars around the world. One would be forgiven for thinking that she spoke from a higher moral plane but unfortunately, like many other Americans, she did not.

The right-wing in America is trying to re-orient itself as the neo-neo-con champion of the Empire only that it will hate on the Chinese instead of Russia. Ingram is as much a propagandist as anyone on MSNBC or CNN wanting to build up the National Security State just like the other side. China is not a threat and the whole propaganda about the CCP being the enemy of “freedom” (whatever that is) is bullsh*t. The reality is that there is only one nation state committed to crushing freedom and that is the regime in Washington whether its from the wokesters… Read more » 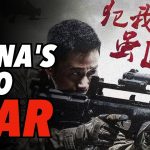 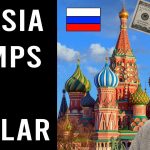