Early this month, there was Hell to pay when schools in one district of Virginia were revealed to have placed two pornographic books in school libraries. One of these is Lawn Boy by Jonathan Evison – not to be confused with a short. innocuous novel of the same title by Gary Paulsen. The other is the explicitly titled Gender Queer by Maia Kobabe. Schoolkids are not snowflakes as you’ve probably realised if you’ve been one, but these books are not suitable reading material for any non-adult, much less juniors. Now the same books have appeared in Texas.

Let us be perfectly clear about this, parents demanding this filth be removed from school libraries has nothing to do with book banning or censorship.

Gender Queer is more of an illustrated comic than a book; both can be found on-line, indeed both are being offered for sale by Amazon. Page 14 of Gender Queer contains what might be called a pornographic drawing – in full colour – rear views of a boy and girl urinating outdoors. The text gets worse if the images don’t. Actually, the images do get worse, certainly by page 62.

Lawn Boy is a book rather than a comic, it contains explicit language, nothing to shock an adult but certainly to amuse your average schoolboy. Clearly though because of its sexual content it should not have been deemed suitable for schools. It is written in similar style to the once controversial Last Exit To Brooklyn.

Sadly, this sort of thing is nothing new, although the trans indoctrination of Gender Queer hasn’t been going half as long as the homosexual/bisexual indoctrination of Lawn Boy. A book aimed at the young called How Would You Feel If Your Dad Was Gay? was published way back in 1991. And there have been many other, similar books. Curiously, this sort of filth is banned in Russia and so-called communist China, or at the very least the young are shielded from it. Rather it is so-called progressives and big publishers who are prepared to make money off it that are pushing it in the West. But who should have the final say? Parents, contrary to the assertions of a certain Democrat Governor.

When homosexuality was decriminalised in the West, in Britain with Wolfenden, the other side of the Atlantic slightly later, the homosexual lobby should have been satisfied, but they had to keep pushing the envelope, and now they have been joined by a largely manufactured trans lobby. Homosexuals have full rights, they even hold high political office, but they have to stay out of schools and stay away from the young. As for the trans lobby, this is a far more serious problem, one that is causing immeasurable harm to quite young girls as well as boys, as many, including Kellie-Jay Keen-Minshull have documented. 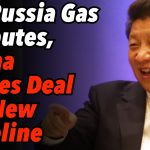