It is a bleak winter for Europe mired in a seemingly endless energy crisis, with gas prices in Europe surging six-fold now. Last week, the European benchmark, the Dutch gas price on the ICE futures exchange, hit a record high.

BERLIN, December 27. /TASS/. Germany registers no interruptions to its gas supply, the security of gas supply has been ensured, and Russia fulfills all its contractual obligations, spokesperson for German Federal Ministry for Economic Affairs and Energy Annika Einhorn said on Monday. “We are following the gas situation very closely.

MOSCOW, December 15. /TASS/. Russian President Vladimir Putin and his Chinese counterpart Xi Jinping discussed the Power of Siberia 2 pipeline project during the talks on Wednesday, Kremlin Aide Yury Ushakov told reporters. “Yes, the issue was mentioned,” he said when asked whether the leaders spoke about the prospects of gas supplies via Power of Siberia 2. 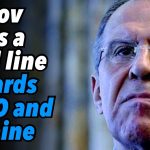 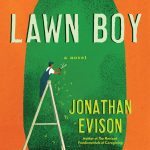