How would you like another war in Europe, better still, a nuclear war? If you think anyone who answers in the affirmative must be insane, so does the bravest man on television. And so does the best Democrat President America never had.

Tucker Carlson and Tulsi Gabbard have both individually blasted the latest insane rhetoric coming from the neo-cons, and recently they teamed up to do so. A Senator has suggested that the US could launch a ground war in defence of Ukraine should Russia invade, and even a nuclear strike cannot be ruled out.

Tucker Carlson is far from the only person who cannot see the logic, the good, or the anything of the US Government defending Ukraine’s borders when the lunatics in Washington have shredded their own southern border allowing, indeed inviting all and sundry to invade the country.

The insane vision of yet more American intervention, this time in Europe, wouldn’t be so bad if Roger Wicker were a Democrat; sadly he is a Republican who has a decent track record; among other things he has opposed and continues to oppose vaccine mandates. It should not be forgotten though that the Republican Party was the party of warmongers after 9/11, which in view of the scale of this atrocity was understandable. The election of Barack Obama in 2008 seemed to put a stop to that; the alternative to Obama was the late John McCain, who would have set the Middle East on fire. Sadly, halting the drive to further war was about the only good thing Obama did, that and killing Osama bin Laden.

Donald Trump rode into the White House on the promise of, inter alia, stopping US interventions. He said simply that he wanted America to have the biggest and best armed forces in the world, so powerful that no one would dare challenge it, but apart from that he would mind America’s business and no one else’s. He also sought to bring about a lasting peace in the Middle East and even to draw North Korea into the family of nations Had he not been cheated out of a second term, he might have succeeded.

The current administration is more concerned with destroying the armed forces, and American patriotism, and on top of that sabre rattling against Vladimir Putin, who is being portrayed as the Devil Incarnate rather than a strong, competent leader who is seeking to further the interests of his own nation.

As Tulsi pointed out to Tucker, Wicker’s pronouncements directly undermine American security and put not only Americans but people everywhere at risk.

The worst part of all this, for the MIC, is that Russia, for all intent, has what its’ wanted all along. The productive Russian speaking part of Ukraine is already trading and doing business with Russia. The Crimea is back under the Russian wing.
The West is stuck with the traditional freeloaders.
Russia has already won and not a shot was fired. Hell, Washington even helped by making sure NS2 wouldn’t be opened up making the spot market Gas soar in price, so the EU isn’t likely to to risk getting the gas turned off. 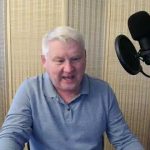