They hide that Ukraine is only 353 miles away — five minutes of missile flight-time — from the Kremlin, and that if Ukraine joins NATO, the U.S. will be invited to place its nuclear missiles there, which would be able to blitz-annihilate Moscow and Russia’’s central command within just five minutes, and they hide that Russia wouldn’t be able to launch its retaliatory weapons within only five minutes of that American missile-launch in Ukraine; so, the U.S. Government would conquer what would remain of Russia. That’s one thing they hide.

No other nation has borders that are anywhere nearly so close to Moscow as does Ukraine, and this is the reason why, ever since 1991, the U.S. Government has been ESPECIALLY focussed upon getting Ukraine ultimately into America’s anti-Russian military alliance, NATO (by way of the EU). (Russia’s Gorbachev and Yeltsin several times requested that Russia be admitted into NATO, but were refused each time.)

For Ukraine to join NATO would, in other words, be the 1962 Cuban Missile Crisis in reverse and on steroids — which, in the 1962 original case, U.S. President JFK was willing to start World War III in order to prevent from happening against America. (And, at that time, missiles were much slower, and instead of being 353 miles away from Washington DC like Ukraine is from Moscow, Washington DC is more than 1,100 miles away from Cuba.)

Anyone who thinks about these facts for even just a minute will recognize that any reasonable person living in Russia (instead of where one is) would be absolutely terrified for Ukraine to become admitted into America’s anti-Russian military alliance, NATO. America’s rulers think that the American people don’t try to see things from the victim’s perspective, but Russia is now America’s most-targeted victim. All Western ‘news’-media hide that fact — the U.S. Government’s intent to conquer Russia.

Also, all Western ‘news’-media hide that the regime-change that happened in Ukraine during February 2014, which was not based on any election but instead entirely in violation of Ukraine’s laws — it was illegal — was no ‘revolution’ such as the U.S. and its allies refer to it, but was instead a very bloody coup d’etat that the Obama Administration had started planning by no later than June 2011, and that started executing inside the U.S. Embassy in Ukraine on 1 March 2013, and which was carried out by U.S.-hired Nazi-admiring far-right-wing Ukrainians and hired foreign Nazi-admirers, all of whom were leading and carrying out this coup behind the scenes, under the U.S. Government’s control, and that the U.S. Government selected the person who would be leading the new Ukraine and whom the U.S. Government would ‘advise’ on whom to appoint to what posts in his government — an illegal government, whose illegality was hidden, from Western publics, by the U.S. Government’s obedient (though privately owned) ‘news’-media. None of the U.S.-and-allied ‘news’-media publish that todays’ Ukrainian regime was installed by a coup that was run by the Obama Administration.

In other words: what all Western ‘news’-reporting about why Russia invaded Ukraine hides, is actually the most important things for the public to know about, and to truthfully understand about, regarding this matter. That’s what they hide — the most important realities.

In fact, if you web-search such phrases as “Why Russia Invaded Ukraine”, few if any sites that come up mention the facts that are mentioned here. But on September 1st, I had issued at several sites an article with precisely that title, “Why Russia Invaded Ukraine”, and that article doesn’t come up in the web-searches for that phrase, because the algorithms used filter-out virtually all of the sites that publish my articles. But that article mentions the “353 miles” and other key facts which have been mentioned in this article. So: not only do the ‘news’-media not report the key facts, but the search algorithms are so designed as to crush (hide) the few sites that do publish the key facts. Perhaps a Web-search for the present article’s title will likewise come up with nothing.

The western propaganda by UK and US presstitudes, BBC, Guardian, NYT and WaPo hide the fact civil war in Ukraine started in 2014 under Obama not as these presstitudes claim in February this year. Exhibition’s “73 days of war” go round in Europe. 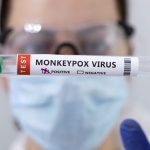 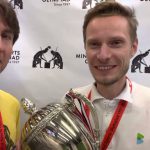