The 26th Mind Sports Olympiad finished on August 29 with some new faces and some old ones among the prize winners.

Due to the unmentionable, the 2020 and 2021 events were held entirely on-line, but this year, MSO was back at its regular home since 2014, JW3 in North London. There was the usual mix of old games and new including the Pentamind event which was won for a record equalling fifth time by Andres Kuusk of Estonia. His previous win was in 2016; in 2013 he tied for first with Ankush Khandelwal. The other five times winner was Demis Hassabis who was outright winner in 1998 – the second event – 1999, 2000, 2001 and 2003. Demis has been something of a stranger in recent years but this year he turned up and won the silver medal in 7 Wonders. If you haven’t heard of 7 Wonders that is hardly surprising as it has only been around since 2010; it was invented by Frenchman Antoine Bauza who has more than a dozen new games to his credit.

The junior bronze in 7 Wonders was won by Alexander Hassabis who first appeared at MSO as a babe in arms. His Dad may be a hard act to follow, but as with the late Clive Sinclair, genius tends to run in families.

Another veteran who turned up this year was Dario de Toffoli who had an exceptionally good year even for him, winning no fewer than 12 medals including 6 golds. Although quite a bit younger, the aforementioned Ankush Khandelwal is also a veteran, having played MSO since he was a junior. This year he picked up 5 bronze medals (including for the Pentamind) and 4 golds.

Earlier this year, MSO held an on-line Grand Prix; this is set to become a regular thing. Hopefully, next year will see both the on-line and the real world events. Unless these lunatics manage to impose more lockdowns on us, or even worse, start a nuclear war with China.

Clearly the world’s governments don’t have “geniuses” in charge. But, to them, it IS a game and we are the ones being played. 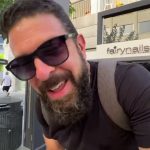