The Mind Sports Olympiad is being held this month. The annual event was started in 1997, and like last year is again being held on-line. Registration is now open. The schedule can be found on the official website; there will be a total of 22 days of play between August 13 and September 5. The first event was held between August 18 and August 24 (with play on all days) so this is a considerable extension.

As last year, Etan and his team are hosting this as a totally free event although when registering, players are invited to make a contribution; this year’s sponsors include MENSA and a Korea company called Brains (English translation). Mind Sports are big in South Korea; not only have they run their own events but many Korean players have played at MSO in London and Manchester.

Because the event is free, don’t expect prizes, but there are some.

The poker tournaments are being held on PokerStars the same as last year, so players will need to sign up for a (free) account if they haven’t already. The backgammon tournaments will be played at Backgammon Studio Heroes, and again an account is required.

Less popular games including new games and some you may never have heard of can be found on the schedule including several chess variants; lost cities; and perudo, a modern variation of an ancient Peruvian game.

MSO also has a Facebook page and a YouTube channel, the latter with videos uploaded from 2010 including livestreams and commentary for the last three events.

Start working  from home! Great work for-Ever, Stay at Home Moms OR anyone needs an extra income. Get started. You only need a computer and a reliable computer connection so don’t get late try——–>>>>>> ExtraRich1.com 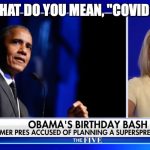 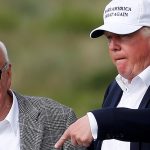