The Mind Sports Olympiad was first held in 1997, from August 18-24 at London’s Royal Festival Hall, and although it struggled between 2002 and 2007, it has been held annually since its inception. If you asked who could enter, the answer was everyone in the world. In practice, that meant anyone who lived within easy travelling distance of the venue, or anyone who could afford the expense of travel and accommodation as well as the time off work. Clearly not everyone in the world could do that, although some players came from as far afield as South Korea.

One competitor came from Los Angeles, and liked it so much he relocated to London. Etan Ilfeld has been a director of the holding company since 2012, and plays a major part in running the events.

Last year, MSO was held totally on-line due to you know what, which meant that anyone in the world who had an Internet connection could indeed enter. Furthermore, all tournaments were entirely free. And they are again this year. They include well-known games like backgammon, chess and poker as well as lesser known and new games like Battle Sheep, Quoridor and Stone Age.

MSO 2021 will be held over an extended period, from August 13-September 5; there will be literally dozens of different games. It is expected there will be no fewer than 90 tournaments with 15 world championships. There will be livestreams; MSO has its own YouTube and Facebook pages. There are medals but no cash prizes, and registration will soon be opening.

Very insightful and thank you very much for such great ideas. 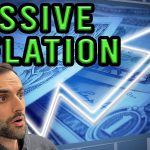 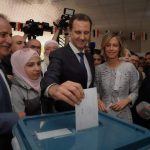