Good riddance to lockdowns! You can still play games on-line but Mind Sports Olympiad 26 will be held in the real world from August 21 to August 29 finishing on the Bank Holiday Monday.

All the tournaments will be held at JW3, MSO’s new permanent home since 2014. All the tournaments except one; the Chess Diving will be held at the Leonardo Royal Hotel in the City of London, probably because building a swimming pool in the North London community centre would have been a Herculean task. Note the date and timing, this event will take place from 9pm on August 14 until (hopefully 1am) the following day.

The full schedule (subject to updates) has now been published. What does it include?

Games you’ll have heard of if you are a mind sports enthusiast: abalone, lines of action, quoridor, shogi.

And some new ones you will probably not have heard of; Gaia Project was released only in 2017.

Regarding the backgammon and poker, these are often played for money, either cash games or tournaments, but only on licenced premises. The fact that only medals are up for grabs has never discouraged some of the best backgammon players in England or even in Europe from turning out.

There are several poker tournaments and several draughts tournaments (including variants).

The Mind Sports Olympiad has a presence on all major social media including Facebook and its own YouTube channel. 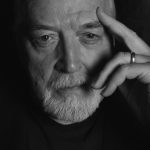 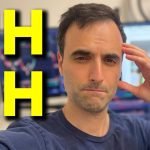