If the name is unfamiliar to you, you have almost certainly heard a song or three to which he contributed. John Douglas Lord was born at Leicester on June 9, 1941. Classically trained from an early age, as a teenager he played the organ in church, being involved with teaching Sunday school. His first job though was far removed from music; he became a solicitor’s clerk. In 1960, he moved to London where he was awarded a scholarship to the Central School Of Speech And Drama. After a mixed career including session work, he became a founder member of Deep Purple in early 1968. The other founder members were Ritchie Blackmore (whom he had met the previous December), Ian Paice, Nick Simper and Rod Evans.

Their debut album Shades Of Deep Purple was released the same year; this included a cover of Lennon-McCartney’s Help, the album exploding with the fiery instrumental And The Address, showcasing Lord and Blackmore’s talents to the full. Lord added a string arrangement to Anthem on the band’s second album, The Book Of Taliesyn, a song he co-wrote with lead vocalist Evans. The Third Album features the magnificent 12 minute plus April which he co-wrote with Ritchie and to which he added an arrangement of strings and woodwind.

After The Third Album, Evans and Simper either left or were sacked to be replaced by Ian Gillan and Roger Glover respectively. There was evidently a lot of bitterness here on the part of especially Simper, but in spite of the success of Deep Purple Mark II, one cannot but wonder how the band would have progressed with its original line-up.

Blackmore would remain with the band until 1975 then rejoin when it reformed in 1984 and remaining until 1993. Lord remained until 2002 but had many other projects in the meantime. Aside from his classical work, Lord’s partnership with Blackmore stands out, whether they were writing together or as part of the group.

On September 24, 1969, Deep Purple Mark II recorded Lord’s first full length classical composition. Concerto For Group And Orchestra was performed with the Royal Philharmonic Orchestra at the Royal Albert Hall. With lyrics by Ian Gillan and featuring some fine soloing from Ritchie, it was released in the US on December 20 and in January the following year in the UK.

In June 1970, the new Deep Purple released…In Rock followed by Fireball and Machine Head. All the tracks on all three albums were group compositions although perhaps somewhat controversially Lord (and the rest of the band?) borrowed (read ripped off) Bombay Calling for the classic Child In Time. This instrumental was recorded by the American band It’s A Beautiful Day; Lord was dating its lead vocalist at the time. (Pattie Santos was killed in a car crash on December 14, 1989).

The year 1970 also saw The Gemini Suite, another full length classically oriented piece, this time recorded in the studio, with Albert Lee on guitar, Tony Ashton on male vocal and Lord himself the solo pianist. Band members Glover and Paice also contributed.

After the break up of Deep Purple, there followed the short-lived Paice Ashton Lord. The group was not a success, perhaps due to Ashton breaking his leg at a crucial point. He would move into other fields and die from cancer in 2001 at the relatively young age of 55. Meanwhile. Lord joined Coverdale’s new band Whitesnake, which pandered to the lowest common denominator with tracks like Slide It In, but the revival of Deep Purple with the Mark II line-up was a massive success, both commercially and aesthetically even though Lord co-wrote only one track on the Perfect Strangers album and his creative input was much reduced.

After leaving Deep Purple in 2002, Lord performed widely all over the world. He was made an Honorary Doctor Of Music by the University Of Leicester and spent a year as Composer In Residence with the Hagen Philharmonic Orchestra near Dortmund. In 2011, he was diagnosed with pancreatic cancer which caused him to cancel his touring schedule. Sadly, he did not respond to treatment and became only the second member of Deep Purple to die, the first being the tragic Tommy Bolin in 1976.

Jon Lord was married twice and had a daughter by each marriage. His official website is still maintained and will be for many years to come.

They should have remained apolitical. Because now Deep Purple (my favourite rock band from the late 70s) demonstrate they don’t have the intellect to remember from one news cycle to the next, before virtue signalling their condemnation of Putin and Russia. More like ‘Light Purple’. Where was Deep Purple’s condemnation of the western sponsored and supported post coup Kiev’s slaughter of thousands of innocent men, women and children in the Donbass over the previous 8 years … and all encouraged by our western so-called leaders with their obedient and grubby corporate media friends. So did Deep Purple also welcome that… Read more » 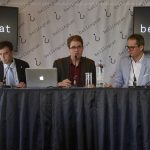 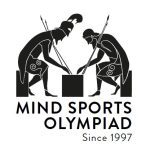