If you asked any time-serving British journalist over the age of sixty who are the most hated men in publishing, you would be told the long dead Robert Maxwell and the now 90 year old Rupert Murdoch, not necessarily in that order. Maxwell was a legend, not only in his own mind but for real, although only the very few will admit it. He was awarded the Military Cross in the Second World War; decades later he would save Oxford Football Club from bankruptcy, yet today he is remembered only for his plundering of pension funds, something that almost certainly resulted from getting out of his depth rather than actual malice. Oh, and he was also the father of Ghislaine Maxwell,  so his infamy may well be compounded.

Rupert Murdoch was too young to serve in the Second World War, and if he doesn’t have the same charisma as Maxwell, he doesn’t have the same immodesty either. Although Australian by birth, he first hit the big time in the UK by buying the News Of The World and The Sun. The former was the essence of tabloid journalism; founded in 1843, it brought lowbrow reading material to an increasingly literate public. In 1984, its broadsheet format was replaced by the increasingly common tabloid; it went looking for smut and scandal, finding it everywhere. Murdoch closed it down after the infamous phone hacking scandal.

Far more infamous than that was what he did in the 1980s. The Fleet was once an open sewer, an appropriate setting for Fleet Street, the home of the British national press, but in 1986, Murdoch made an enormous decision, moving his papers, including The Sunday Times, to Wapping in the East End of the Capital. This involved the sacking of six thousand employees, which earned him the undying hatred of not only journalists but every active trade unionist in the country. The reality though was that the “Spanish practices” of the print unions had resulted in their members being extremely well-remunerated, and developing an attitude to technology that would have embarrassed the Luddites.

Ever heard of a compositor? Probably not, but if the print unions had had their way, you wouldn’t be reading this, because there would be no Internet, or at the very least it would be substantially different and a lot smaller, certainly as far as print media is concerned. Think about it, there are now literally hundreds of thousands, perhaps millions of ordinary people worldwide who are in effect running their own news services  from blogs and vlogs to full websites complete with high quality mobile phone footage and hangouts with people thousands of miles away. It was men like Bill Gates, Larry Page, Sergei Brin, AND Rupert Murdoch who made this possible. In 1986, Murdoch sacked six thousand workers in one fell swoop, but how many does he employ now?

Today, Murdoch is perhaps most notorious as the founder of Fox News, but while its staunchly conservative and at times outrageously pro-Zionist stance isn’t to everyone’s liking, Fox was in the forefront of exposing the lies about Donald Trump and Russian collusion, something that is far bigger than the liberal establishment’s attempt to stop one man becoming President and trashing his legacy. Other, newer outfits like One America News have now joined the fray, and to its credit, YouTube hasn’t been as censorious as some platforms, but without Murdoch and men like him, where would we be? Or to put it another way, if Fox News had been founded instead by Democrat mega-donors, would we have half the rapidly vanishing freedoms we have to date? Murdoch may not be particularly attractive, but the same cannot be said for Alexandria Ocasio-Cortez; which of the two would you rather have the greatest influence on public policy?

You’ve written that Murdoch’s Fox News is “outrageously pro-Zionist”. In the interests of balance, Robert Maxwell was a MOSSAD agent, as was his daughter Ghislaine. So not much to choose between them.
I suppose you are right about Fox News preventing a complete takeover of the US MSM by Democrat organs. The Democrats’ plans to control the media and muzzle dissent would be much further advanced if Fox News did not exist.. So, yes, 2 cheers for Rupert Murdoch

Start working  from home! Great work for-Ever, Stay at Home Moms OR anyone needs an extra income. Get started. You only need a computer and a reliable computer connection so don’t get late try———->>> ExtraRich1.com 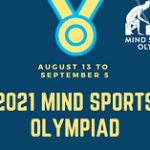 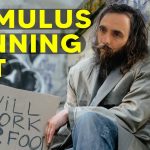