Perhaps a better question would be how can Ghislaine Maxwell receive a fair trial when this woman has already been convicted a dozen, a hundred, a thousand times over in the court of public opinion? This is partly due to lurid accusations and speculation on mostly social media, including YouTube, but also to the nature of American justice. Open justice is admirable, but can it be too open?

In his autobiography, the British propagandist Sefton Delmer, who had lived in Nazi Germany, complained that its press was too free, as it was in the Weimar Republic. By this he meant the laws of libel and contempt were far less restrictive than in Britain, which left the press free to slime anyone it wanted, including defendants in criminal trials. In modern America, we see that on steroids.

Again, this isn’t necessarily a bad thing; there have been a number of recent police shootings in which the timely release of bodycam or dashcam video has forestalled the usual suspects from whipping up a lynch mob to trash the neighbourhood. But the publicity and at times abuse heaped on an accused who is “obviously guilty” is disgraceful, especially when it comes from law enforcement. In September 2012, the fourteen year old Cassidy Goodson gave birth to a baby in the bathroom at home. And killed it. Shortly after her arrest, Sheriff Grady Judd delivered an eight minute plus sermon on YouTube explaining to Floridians, Americans, and the world why a trial was unnecessary. In Britain, a police officer or prosecutor who behaved like that would lose not only his job but his liberty, and rightly so.

Ghislaine Maxwell hasn’t been accused of murder, not by rational people at any rate, but sex trafficking and especially child sex trafficking carries substantial prison time, so substantial that for a woman of her age, any kind of conviction would be tantamount to a life sentence. Like her late and unlamented boss Jeffrey Epstein, Maxwell has also been demonised, including by the former Virginia Roberts, a woman who has been given a free pass by the media even though she has told several provable lies and has admitted committing the same type of crimes for which Maxwell has been indicted. Roberts has admitted, on video, that she recruited underage girls for Epstein, not simply underage in Florida, where the age of consent is a whopping eighteen and where any sort of prostitution is illegal, but girls under sixteen.

In spite of this candid admission, she hasn’t been charged with any offence.  When her name first appeared in the media, she claimed to have been “hiding” from Epstein in Australia. No, she wasn’t. She had married an Australian national after a whirlwind romance in Thailand, and become a regular housewife, she is now a mother of three. While she should be given credit for breaking away from Epstein, the stories she told about their relationship sounded nothing like sex slavery and more like a ménage à trois in which Ghislaine was the third party. Then she had the temerity to accuse Prince Andrew of rape, after partying at an exclusive nightclub, rubbing shoulders with the rich and famous, AND getting paid for (allegedly) having sex with him.

While some allegations of actual rape have been made against Epstein, mostly they amount to his receiving massages; his victims were well-remunerated for their services, but in view of the size of his estate,  there is an obvious temptation for them to embellish their stories, and indeed for some women who never met him to jump on the sexual abuse bandwagon.

As with the falsely convicted Bill Cosby, corrupt lawyers can also be tempted to allow testimony which is at best dubious. The tactics of the prosecution is likely to be, indeed already is, to pile on charge after charge and say to the jury in effect, how can there be all this smoke without a fire? The piling on of charges can also be used to bludgeon an innocent defendant into pleading guilty if only to a lesser offence. Another tactic used in the US is to threaten a defendant with an horrendous sentence on conviction. This was what happened with Brian Banks who was falsely accused of rape.

In July 2002, the then 16 year old Banks was accused of raping the 15 year old Wanetta Gibson. They hadn’t even had sex, but when the case came to trial, he was offered a deal – plead not guilty, and if you are convicted we will ask for a forty year plus sentence. Banks was told by his own lawyer that if he refused, all the jury would see was a 6 feet 4 black thug who had forced himself on a helpless girl. He pleaded no contest, received a six year sentence, and his life was in ruins. His story had a happy if somewhat bizarre ending, but Ghislaine’s is unlikely to.

There is intelligent speculation that she is likely to be offered a plea bargain, and if it is for ten years or less, she might do well to accept it.

Who cares about this Jewish Princess? The question remains, has and can Julian Assange receive fair trials? We already know the answer to the first, the second is just rhetorical.

Quote, “can Ghislaine Maxwell receive a fair trial when this woman has already been convicted a dozen, a hundred, a thousand times over in the court of public opinion? ” Unquote.
She has as much chance of getting a fair trail, as Assange has of getting the same, and he has been found guilty of absconding whilst on bail, served his time, and is STILL Locked up in solitary. Maxwell should consider herself lucky, as she will not be extradited to anywhere. 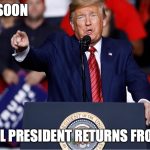 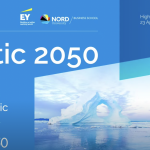