Redacted hit a complete home run with this piece.

It is very important for everyone following this conflict to understand what the “special military operation” is about, and what the West’s cheerleading a nation to death (literally) is also about. Let’s start with Russia, since Russia is always getting called the quintessential “bad guy” in this conflict.

Notice what is not on this list. There is no demand for President Zelensky’s resignation, nor is there a demand for lands other than the ones already declared independent or declared (by referendum) as Russian sovereign territory.

There is not, nor has there ever been, a stated intent to overthrow Kiev and its government. Russia has never stated an intention to seize or overthrow the government of Ukraine, nor any intention of stripping that country of its independent sovereignty.

These are President Zelensky’s conditions prior to starting any peace talks.

He is not going to get his way on this.

Now, let’s talk about what Great Britain and the USA want:

Now, one has to look at this in a way that I don’t think anyone on earth in recent history has ever viewed any armed conflict:

The goal seems to be to somehow disable Russia. Why? One can only guess, but we can say a few things about Russia that differ from the Western nations of today:

For fuller context, watch this to learn more about this truly amazing man:

The good doctor put it very succintly, to paraphrase, “Europe has gotten into thinking its problems are the world’s problems… and that the non European world should align itself according to this mindset.”

Now, here is the kicker to all of this:

It would seem that most American people couldn’t possibly care less about the things Russia, China and India do. It is extremely unlikely that even a measurable percentage of American people would have favored starting the war in Ukraine by ignoring Russia and basically telling it “talk to the hand; the face don’t care.”

It is further extremely unlikely that Americans (and a lot of European people) think it is a good idea to send Ukrainian men to their deaths by the hundreds and thousands, to be used as cannon fodder to make some American and European LEADERS happy about hurting Russia, its people and its government.

This is pretty damned cowardly in fact, isn’t it? If you want to go defeat Putin, America, YOU go and fight him! (you will lose, but why make other people fight for your interests?)

This is a crime against the Ukrainians. Forget about Russia – Russia sees this all as a very unfortunate situation, but while this war is not greeted as a big patriotic festival, it is widely understood that what had been going on in Ukraine reached a point of no return, and so for Russia, there are no alternatives to the military operation. It IS important for the security of Russia not to have a NATO, possibly nuclear-armed, state on thousands of miles of common border, made all the more rabid by decades of Western-pumped radical and militant, Russia- and Russian-hating ultranationalism.

Remember, many families in Ukraine treat it as common conversation to say “have you killed a Russian swine today? Don’t you want to?”

In my years of living in the Russian Federation, I have never once heard a Russian person refer to a Ukrainian that way. They still aren’t, even now, though they are getting pissed. But Mr. Zelensky is now getting ready to launch a publication with the ghastly title “The Executioner’s Book”, intended to document “war crimes” allegedly committed by Russian soldiers and military leaders.

Mr. Zelensky’s choice of the title, Myrotvorets slogan of “Death to the Russian Fascists” with grisly dead soldiers adorning its splash page, and much more, show that there is a clear difference in one side’s opinion of the other.

But in all of this propaganda, the losers are the Ukrainian people. They have been stripped of their homeland. Not by Russia, but by the United States, Great Britain and their own elected leadership, which seems more than ever only concerned with sending its own people to their death.

Why? Isn’t this insane?

Yes. And that is the craziest thing about this – there is no better motive for any of this other than very powerful people’s desire for more power. Those of us who are regular Americans, Russians, Ukrainians, and English alike – I bet if you poll all of us, it would be very difficult to find anyone or even any large population that agrees with what is going on.

This is a war started by power-hungry people, falsely blaming others to justify their own ends. Biden blames Elon Musk and Jeff Bezos for the US’ problems, and blames the American people themselves for them. He blames Mr. Putin for the US five-dollar gas, but Russia didn’t cut the West off. The West cut itself off from Russia.

It is as though the Western leaders got their hands on a list of “All the tasks we must do to destroy our people, our culture and if possible, the world,” and have methodically been marking each checkbox as they go.

What do you think? Do you think anyone in power in the West really cares at all? I sure don’t.

Hard to dusagree with anything the author states.

Oil has nothing to do with this ? Ukraine did not invade Russia . Russia invaded Ukraine of course they want Russians dead have you had Ukrainians come to your town blowe it all to crap killed and raped civilians . This will be the end once again of the Russia Nation. Maybe this time you can become a peaceful nation . You almost had it last time untill Putin attempted to reinstall the USSR

Dear Adair, thank you for your comment. I just approved it, because it is important to have free commentary. However, your statements are confusing, and quite inaccurate. No one here has, nor do they intend, to “reinstall the USSR.” Not Putin, nor anyone else. Please read my own pieces and others that have written extensively about this about about what Russia really is. I live in Moscow, so I can certainly tell you about my own experience here. If it were headed toward Communism I would not be here at all. It just isn’t so. Russia, if anything, is headed… Read more »

The whole invasions been a propaganda shmozzle !! There is going to be a plethora of lying journalists , plus millions of blind everyday folk who thought fighting against Russia was the right thing to do !! I mean blinded people who thought the West was always telling the truth and have never ever tried to see the opposite nation`s reasoning as to why the Russian Federation stepped in to rescue their own population who have been persecuted since 2014 , simply because they lived in the Lugansk and the Donetsk regions .! Over 14,000 have been killed in the… Read more » 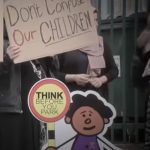 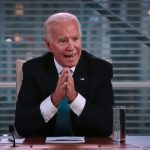