Buybacks and insider selling have picked up in 2021 as we have seen massive gains in just about everything. Companies see more stimulus ahead, meaning more cash flowing their way. With interest rates at rock bottom, now is their chance to take reckless moves, massively leverage every aspect of their business, and grow to the point where potential systemic losses would consider them too big to fail, effectively granting them a guarantee for bailout. Funny how it works, isn’t it?

Buybacks Snap Back Amid Feverish Selling by Corporate Insiders – Bloomberg

The Leuthold Group’s Jim Paulsen sees trouble lurking as investors embrace growing odds of another stimulus package. Even though the long-time bull acknowledges massive aid has been necessary to steer the U.S. through the coronavirus crisis, he’s worried too much spending will spark sharp inflation.

“Stuff you can drop on your toe found on a factory floor is looking like a tech stock. https://t.co/S1ql5oZolM” / Twitter

Stuff you can drop on your toe found on a factory floor is looking like a tech stock. pic.twitter.com/S1ql5oZolM

“A chart that says a lot about today’s market https://t.co/eRAYNzOjZw” / Twitter

A chart that says a lot about today’s market pic.twitter.com/eRAYNzOjZw

The benchmark price for hot-rolled steel reached a new record high of $1,080/ton last month, according to our check of the market Jan. 11-12. That surpasses the previous high of $1,070/ton recorded by Steel Market Update (SMU) in 2008, and it leaves steel buyers with some important questions: How much higher can steel possibly go?

” The amount of money in the US economy is 25% higher than it was at the start of 2020, eclipsing any pace of money growth seen since the Federal Reserve was established (1913) ” RB Advisors Deputy CIO Dan Suzuki. In recent weeks we have seen a non-stop flow of ominous statements like the one above.

A quarter of chief executives are considering moving their business operations to a cheaper location, a new poll said. States like Texas and Florida have become viable business hubs, as employers seek to flee cities with high costs of living. Work-from-home options are most attractive to larger companies.

Miami Mayor Francis Suarez was leaving lunch at tech billionaire Peter Thiel’s house and on his way back to City Hall when he got a text from an unknown number. The person was polite, wanting to catch up and congratulating him on a job well done, so Suarez asked whom he was speaking with, to which he got back “David B.”

undefinedEmbattled billionaire Jack Ma made his first public appearance in nearly three months, speaking via a video link at a philanthropic event on Wednesday, easing speculation about his safety and whereabouts. Spokespersons for the Jack Ma Foundation and Ant Group Co., the financial-technology giant that Mr. Ma controls, confirmed a Chinese media report that said he gave a speech to a group of teachers from rural schools.

There has been considerable investment in the financial markets right now. You can see this is particularly evident with tech stocks but now value stocks, commodities, and small caps have taken off to record high stock prices. There has been very low interest rates which create a boom cycle. This is fueling asset prices to rise.

Larry King, the longtime CNN host who became an icon through his interviews with countless newsmakers and his sartorial sensibilities, has died. He was 87.

(Bloomberg) — Frenetic options trading. A sea of shares sold short. Chat room range wars. Pretty much everything with the potential to slingshot a stock into the stratosphere was at play in GameStop Corp. Friday.”GameStop is a true animal,” said Steve Sosnick, chief strategist at Interactive Brokers.

(Bloomberg) — In the waning days of Donald Trump’s presidency, Jeremy Grantham warned that U.S. stocks were in an epic bubble.

Europe and Biden ‘on the same page’ over tech regulation, EU chief says

“I’ve never learned anything while I was talking.” – Larry King.I learned many years ago to be quiet and listen. Be humble. Never think I’m above anyone else. These lessons were something I had to repeat to myself over and over.

Always keeping an open mind. Listening to others even if I think why bother? There’s always something to learn. Always something to appreciate. You can learn from books, audiobooks, videos, friends, family, or strangers. Ask questions.$GPS pic.twitter.com/wCb9lMe8yw 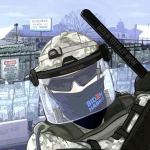