“The London Gold Fixing (or Gold Fix) is the setting of the price of gold that takes place via a dedicated conference line. It was formerly held on the London premises of Nathan Mayer Rothschild & Sons by the members of The London Gold Market Fixing Ltd.” … The LBMA gold price is set twice every business day at 10:30AM and 3:00PM, London time, in United States dollars (USD). Prices are available in sixteen other currencies—including British pounds, Canadian dollars, Chinese renminbi, and euros (but they are indicative prices for settlement between LBMA members only). The current 15 participants in the fixing are the Bank of China, the Bank of Communications, Coins ‘N Things, the Industrial and Commercial Bank of China, INTL FCStone, Jane Street Global Trading, HSBC Bank USA, JPMorgan Chase, Koch Supply and Trading, Marex Financial, Morgan Stanley, Standard Chartered, the Bank of Nova Scotia, and the Toronto-Dominion Bank. On 12 September 1919 at 11:00 am, the five principal gold bullion traders and refiners of the day — N.M. Rothschild & Sons, Mocatta & Goldsmid, Pixley & Abell, Samuel Montagu & Co., and Sharps Wilkins — performed the first London gold fixing, thus becoming the original five founding members..” —-Wikipedia

Today the gold and silver price is ‘fixed’ by the LBMA which by all accounts and ethical criteria should be illegal. Kitco price fixes gold and silver too, every trading day at the same New York time (10am) in precise coordination with the afternoon LBMA fix in London.

Let’s review the chart for our most recent trading day:

It’s a trading pattern we see just about every trading day, where the ‘low’ coincides with the ‘fix’. In our previous article we examined the implicit profitability of this ‘fix’ trading for gold and silver paper day traders, the potential motivation, and risks. But now we must examine the motivation for the ‘fix’ which — beside platinum, palladium — exists for no other commodity than gold and silver, to my knowledge.

So why is it ‘legal’ to fix prices this way? Unfortunately there is no set answer. The gold/silver price fix has been a trading day occurrence in excess of one hundred years, and before that, by the gold and silver guilds for centuries. Still, why have traders who actually need the physical metal not sued to end this (what should be) illegal game? That’s because they are part of the game.

That leaves the odd small-time punter to challenge the crooked fixers. And even if that punter had the resources, it’s a losing battle and not just due to Regulatory Capture. It’s due to our central thesis, that the bullion bank cabal governments (USA/UK/Switzerland) collude in the con.

It’s been precisely half a century since the Nixon Shock and we have been taught as a people ever since to loathe gold holding — in fact since 1934; though few are around to recall. Being young, most of us have no idea what money is truly about, thus the excitement over BTC. And since few of us read history we have no history to compare to. But an excellent treatise on this subject was written by co-founder of the Rothschild Bank AG in Zurich, the late banker Ferdinand Lips, in Gold Wars. The book is an insider’s tale of what really frightens financial Elites. For example that Elites were not so worried about floating the dollar as what happens when the public is allowed to own gold again. And that gold must not trade in a free market.

But the big point banker Lips makes, is that Elites were most frightened about how rising gold prices will devalue currencies even in a ‘floating market’ where currencies only compete against one another, and not against gold. As such, futures markets, options, ETF’s, swaps, the Carry Trade and other vehicles were created to tame gold. Banker Lips wrote Gold Wars only twenty years ago, but the history he documents dates back to antiquity. He concludes that central banks hoard gold not only for its eternal intrinsic value, but to suppress the danger gold poses to war and Empire, should it ever be used as money again.

What we have now is the United States Treasury in collusion with private factors via the Exchange Stabilization Fund, IMF, and colluding banks in the UK and Switzerland (in other words the monetary cabal..!) maintaining an illegal ‘fix’, primarily wrt gold and silver to protect the major floating currencies and ponzi overall. And of course you can’t fight the government. But in a succeeding article I will explore the mechanism by which this con might just finally come unglued, via various converging circumstances over time.

NOT A COMPLETE WRITE-UP!!!! ARE YOU EVEN AWARE OF THE LAWSUITS IN THE US AND CANADA, ARE YOU AWARE THAT THE LAWSUITS IN THE US HAVE BEEN ON HOLD DUE TO GOVERNMENT INVESTIGATIONS FOR YEARS!!! GATA supporter David Caron of Kelowna, British Columbia, is one of two lead plaintiffs. Among the investors claimed to have suffered losses as a result of the market manipulation are investors in financial instruments managed by GATA’s friends at Sprott Asset Management in Toronto. http://www.gata.org/node/16046 The lawsuit’s full complaint as filed in Ontario Superior Court is posted in PDF format at GATA’s Internet site here:… Read more »

Hey there it’s not what I am aware of personally, it’s what the public is aware of, and attempting to raise that awareness. I know about the suits; they won’t go anywhere because the federal government and central banks collude, so the lawsuits mean nothing. That is the entire point of the article, that the government is involved in this scam. Sorry if that point did not come across. This has been recently addressed by Andrew Maguire, attempting to raise awareness via Chris Powell / GATA. Sorry for any misunderstanding. regards PS & Btw you appear to have used the… Read more » 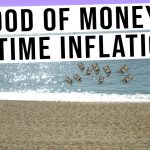 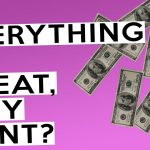