Janet is in. The Fed is in. INvestors are in. Are you in, or out? Let’s face it, those who are putting their money into the stock market, real estate, and many other assets are benefitting from the devaluation of the currency. Those who are working for their money, who have some savings, who need to live off a pension or social security, are ultimately getting crushed. The question is, at what point do the vast majority of people wake up to ask who is responsible for this?

Jim Cramer: Janet Yellen would give bull investors an advantage

Janet Yellen at top of Treasury would give boost to bull investors, Jim Cramer says

A panel of economists and real estate experts expect Austin to outperform the national market by the largest margin, followed by Phoenix, Nashville, Tampa and Denver Expensive coastal markets New York, San Francisco and Los Angeles are most likely to underperform, though Zillow expects growth in every market Key tailwinds

U-Haul report: States where the most people migrated to in 2020

The states Americans headed to the most in 2020, according to U-Haul

Work from home orders and job losses caused by the Covid-19 pandemic prompted many Americans to pack up and head to other states in 2020. The ones who rented one-way U-Hauls went to states like Tennessee, Texas, Florida and Ohio, according to a new report by the company.

Americans Are Getting Richer, Helped by Federal Reserve Policies in Pandemic – Bloomberg

During the past couple of weeks, I have discussed the rising levels of exuberance in the markets. Importantly, that exuberance combined with surging margin debt levels warns of an impending correction. I recently discussed why this is not a “new bull market,” which changes the dynamic of the understanding of “risk” in markets.

FedEx to Cut up to 6,300 Jobs in Europe on TNT Integration – Bloomberg

(Bloomberg) — The European Central Bank is emulating its Asia-Pacific peers by controlling government borrowing costs, just in a uniquely European way. The ECB is buying bonds to limit the differences between yields for the strongest and weakest economies in the euro zone, according to officials familiar with the matter, with one person saying the central bank has specific ideas on what spreads are appropriate.

Food prices are rising significantly as we see the inflation at this time. More money, cash, debt, entering the system. There is an influx of capital going into the stock market from institutions, money managers, corporations, individual retail investors, all directions. Very low interest rates, mortgage rates increasing prices of everything.

Europe and Biden ‘on the same page’ over tech regulation, EU chief says

Miami Mayor Francis Suarez was leaving lunch at tech billionaire Peter Thiel’s house and on his way back to City Hall when he got a text from an unknown number. The person was polite, wanting to catch up and congratulating him on a job well done, so Suarez asked whom he was speaking with, to which he got back “David B.”

“Do you think that central bank activity has an impact on food prices?”

We cannot be reminded of the duplicity of the political class enough, and the real time effects on the people who finance their employment. 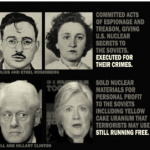 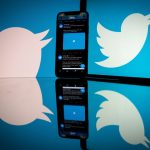