The retail trader mania has come back into the news as congress attempts to pretend they’re on top of it all. They’ll blame a few people, maybe a slap on the wrist here or there, and yet it won’t be possible to ever acknowledge that the Fed has enabled such speculation. The reason why people aren’t saving money in their bank accounts, that they aren’t taking a more cautious approach to their investment strategy is because the cash is devaluing so fast, you have to put it where you get the best bang for your buck. Unfortunately, sometimes you lose a pair of underpants in the process.

(Bloomberg) — With filings by blank-companies flooding in at a record pace, one new listing captures the spirit of the surge. Just Another Acquisition Corp. filed on Tuesday with the U.S. Securities and Exchange Commission to raise $60 million for an acquisition in an unspecified sector.

There’s little consensus about what went wrong, if anything, during the trading mania that drove a group of “meme stocks” to meteoric heights – and those tensions could animate today’s GameStop-centered Congressional hearing. Why it matters: What went wrong and who’s to blame – short-sellers, Robinhood, Reddit daytraders, etc.

Interactive Brokers chairman Thomas Peterffy told CNBC Wednesday that the U.S. financial system faced greater stress during the GameStop trading frenzy than is generally recognized. “We have come dangerously close to the collapse of the entire system and the public seems to be completely unaware of that, including Congress and the regulators,” Peterffy said in an interview on “Closing Bell.”

Ranked: The World’s Least Affordable Cities to Buy a Home

Ranked: The World’s Least Affordable Cities to Buy a Home

Online shipping costs expected to increase further into the pandemic

Online shipping costs expected to increase further into the pandemic

Delivery costs have been rising across the country and are expected to continue as the pandemic drags on, creating a serious headwind for retailers, according to a report by Jefferies.

When Walmart CEO Doug McMillon went to the White House last week, he said he gave a clear message: Americans urgently need another round of stimulus checks. Walmart’s stores and websites reflect consumers’ spending patterns, the retail chief said in an interview with CNBC’s Courtney Reagan on ” Squawk Alley.”

Treasury Secretary Janet Yellen on Thursday said a large stimulus package is still necessary to get the economy back to full strength, despite momentum suggesting that growth is off to a faster start than anticipated in 2021. In a CNBC interview, the lead economic official in the Biden administration said the $1.9 trillion proposal could help the U.S.

One of Ten in U.S. May Have to Switch Occupations Post Pandemic

One of Ten in U.S. May Have to Switch Occupations Post Pandemic

(Bloomberg) — One out of every ten U.S. workers — about 17 million, all told — will likely be forced to leave their jobs and take up new occupations by 2030 as Covid-19’s after-effects destroy huge swathes of low-paying positions in a labor market that was primed for disruption before the pandemic.

Labor demand will shift across occupations

Insider selling shares, insider stock sales are an interesting look at what’s happening behind the scenes at a company. More money moving into the stock market. Value stocks have seen more inflows and tech stocks and other growth stocks are also performing well. More money is being pumped in from all sides, creating a massive bull market that apparently will never end as we are on a permanently high plateau. Stimulus driving markets higher.

— The Money GPS: Swaggystocks.com is an interesting look at retail trading. Cut through all the nonsense and simply look at the data (Instagram Feb 21, 2021)

— The Money GPS: Swaggystocks.com shows you exactly what’s going on with the retail traders. Ignore the garbage on the actual boards and just get the data (Instagram Feb 21, 2021)

— The Money GPS: Leave your emotions at the door investing is strictly business (Instagram Feb 13, 2021)

— The Money GPS: Brandon Dawson. One guy to watch out for as an investor to see what he’s doing and compare. (Instagram Feb 12, 2021)

— The Money GPS: Zoom out and see what you’re doing objectively (Instagram Feb 7, 2021)

— The Money GPS: Citadel made lots of money from the retail traders (Instagram Feb 5, 2021)

“Fed Sounds Alarm on Commercial Real Estate, Business Bankruptcy” Nothing to see here folks. Market is doing well. Stimulus is all that matters. The Fed loves us all. Ignore all negative news and hate anyone who highlights that which is clearly a major issue #realestate #bubble pic.twitter.com/IRDsy53G5A

FASTEST PACE OF MORTGAGE DEBT. Don’t worry though because it’s so cheap to borrow. No worries! If interest rates rise by just a little bit during the course of holding their mortgage, they’ll be unable to afford it. But central banks would never do that to us, would they? #debt

CLUBHOUSE. I’m thinking about doing a daily Clubhouse chat. Anyone would be able to come on and ask me questions directly. I want to do something that other creators are not doing.

I know not many people are on this app yet since in invite only but basically just download the app, choose a username, and wait to get in. I’ll let you know before I proceed on my end so nobody misses it. 2/2 #clubhouse #clubhouseapp 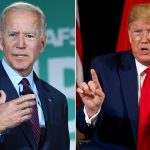 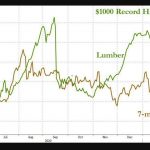