With the retail trading frenzy taking place, everyone is wondering which stock is next to pop, but also, what will eventually come of this? Historically, over the last 100 years, every single event ended with retail buyers in last, and the fallout occurred. Now this time there’s massive coordination on the part of those in Wallstreetbets, so it’s not exactly the same situation. However, the system is rigged against the people for a reason and in the end, the Federal Reserve, the other central banks, those in the shadows, will always come out victorious.

REDDITORS took over billboards across the US to show they won’t back down from their investments in GameStop after the stock saga. The GameStop phenomenon that hijacked US markets is still grabbing the attention of investors all over the world.

Melvin Capital Lost 53% in January, Hurt by GameStop and Other Bets – WSJ

Melvin Capital Management, the hedge fund that has borne the brunt of losses from the soaring stock prices of heavily shorted stocks recently, lost 53% on its investments in January, according to people familiar with the firm.

Ben Kusin, a longtime Redditor, has enjoyed a front-row seat for the recent GameStop saga. But he admits the story hits a little too close to home. Kusin has been on Reddit for over 13 years and is most active on r/WallStreetBets, the forum that spawned much of the historic spike in trading of GameStop shares this week.

Markets Look Like They’re in a Bubble. What Do Investors Do Now? – WSJ

Markets Look Like They’re in a Bubble. What Do Investors Do Now?

For once, everyone seems to agree: Much of the market looks like it’s in a bubble. Shares of unprofitable companies like GameStop Corp . and AMC Entertainment Holdings Inc . are rising at a breakneck pace, propelled by a growing army of individual investors.

Government stimulus checks aimed to cushion the U.S. economy from the economic slowdown caused by the COVID-19 pandemic are mostly to blame for the volatility taking place in the shares of companies like GameStop Corp., according to billionaire bond-fund manager Jeffrey Gundlach. GameStop Corp. shares have soared 1,545% since Jan.

The stocks market keeps going higher as we see more cash, debt, margin being used at this time. The U.S. dollar has been pushed down in recent months and now moving in a range. We are looking at certain stocks like GameStop, AMC, Blackberry and others that are flying higher. Robinhood is at the center of much controversy.

As the GameStop Corp. saga continues to play out in markets, the drama has now cost what was an $800 million exchange-traded fund nearly 80% of its assets. Investors have pulled roughly $700 million from the SPDR S&P Retail ETF (ticker XRT) this week, draining total assets to just $164 million.

The U.S. central bank should not prematurely withdraw pandemic support for the U.S. economy just because some people are getting rich in the stock market, said San Francisco Federal Reserve Bank President Mary Daly.

“Do you think that there is excessive risk taking in the stock market right now?” 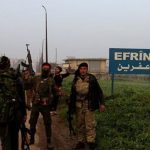