The Turkish Ministry of Defense blamed the Kurdish factions, blaming them for standing behind the recent bombings that struck the northern countryside of Aleppo.

An official statement issued by the Turkish ministry said that Kurdish People’s Protection Units (YPG) members associated with the PKK carried out two bombings in Azaz and Al-Bab in northern Syria, killing 10 people and wounding 24 others. To hold the Kurdish units responsible for the bombing that occurred in “Afrin” the day before yesterday, indicating that these factions are working to destabilize the region, according to the statement.

The Turkish statement accused the Kurdish factions of carrying out / 3 / bombings within 24 / hours, the first of which occurred in “Afrin” the day before yesterday with a car bomb that killed / 8 / people, including / 4 / children, followed by another explosion yesterday in the city of “Azaz” north of Aleppo This resulted in the loss of / 6 / civilians, including two women and a child, and the wounding of / 39 / others. This coincided with another bombing that hit a checkpoint of the Turkish-backed “Hamza Division” near “Bza’a” in the countryside of “Al-Bab” north-east of Aleppo, killing / 6 / A member of the faction and wounding a number of civilians.

It is customary for Ankara to accuse the Kurdish units of being responsible for the bombings in the north, while the Kurdish factions reject these accusations and say that the pro-Ankara factions are behind them and aim through them to displace the people and spread terror, while the possibility of ISIS cells standing behind the bombings remains. These attacks remain of unknown perpetrators in the absence of any real investigation away from political accusations. 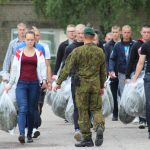 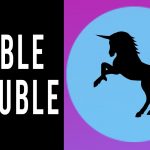