Let’s face it. The majority of people today are living paycheck to paycheck. They can’t afford their bills but just barely get by, largely by use of debt. This is why we have seen home equity being used as a piggy bank, stocks being used as collateral, and a huge disparity in between the very few on top, and everyone else. The globalist elite are skilfully crafting each step of the way.

CHICAGO, Ill. – Money is not something anyone wants to worry about during the holidays. In a year still ravaged by the coronavirus pandemic and its economic fallout however, it appears many will be struggling through the most festive part of 2020.

CORVALLIS, Ore. – An unsettlingly high percentage of Americans are teetering right on the edge of financial disaster. More than three in four (77%) low-to-moderate income U.S. households have dipped below the asset poverty threshold, according to a new study from Oregon State University. What exactly does this mean?

A bleak outlook for millions facing cutoff of US jobless aid

A bleak outlook for millions facing cutoff of US jobless aid

INDIANAPOLIS (AP) – Tina Morton recently faced a choice: Pay bills – or buy a birthday gift for a child? Derrisa Green is falling further behind on rent. Sylvia Soliz has had her electricity cut off.

ABC News Head James Goldston on Layoffs: ‘Necessary as We Adapt to Changes in Our Business’

ABC News is laying off staffers amid a broader reorganization at parent company Walt Disney, one that impacts a low single-digit percentage of the news division’s 1,400 staffers, according to a source familiar with the situation.

The stock market is soaring to new heights. But most Americans aren’t along for the ride. – The Hour

The stock market is soaring to new heights. But most Americans aren’t along for the ride.

There are times when numbers tell a story, and this is one of them. And sometimes, as in this case, those numbers can have both social and investment significance. Let’s start with two numbers: $4.3 trillion and $908 billion.

Why America Is In Trouble – 20 Largest Federal Agencies Admit To $2.3 Trillion In Improper Payments Since 2004

Why America Is In Trouble – 20 Largest Federal Agencies Admit To $2.3 Trillion In Improper Payments Since 2004

The Franchise Relationship That Powers Small Business Is Fraying – WSJ

The Franchise Relationship That Powers Small Business Is Fraying

At brands such as Subway and Econo Lodge, owners and store operators once pulled in the same direction but now increasingly squabble. It’s a worrisome trend for an industry that gives individuals a way to become their own boss and that employs more than 8 million in the U.S.

Buenos Aires (AFP) Argentina’s Senate passed a tax on about 12,000 of the country’s richest people on Friday, to pay for coronavirus measures including medical supplies and relief for the poor and small businesses.

Jamba has teamed up with Blendid, a robot smoothie maker, to unveil a Jamba by Blendid kiosk at a Walmart in Dixon, California. The menu includes Blendid smoothies, smoothies developed by the partnering companies that were “inspired” by Jamba flavors, and Jamba Boosts.

The stock market has been increasing dramatically in 2020. More people have been buying tech stocks. More funds have been purchasing technology stocks. Every company has been doing well by buying back shares. More retail investors are choosing to purchase stocks with leverage, etf.

Ah so glad the American dream is not dead. We in Britain can’t wait for our politicians to replicate that world of plenty. 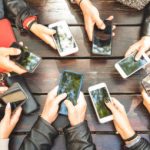