One of the ways our elected and at times our unelected masters manipulate public opinion is by using the 1% rule to demonise individuals, entire groups of people, and more often ideas. If you are not familiar with the 1% rule it goes something like this. Imagine a large group of people defined by any criterion or none. They can be names pulled out of the phone book or the electoral register. You can stick a pin in a thousand positions on the globe and choose the nearest person to it. Around 1% of those people will have ideas that are regarded as daft, insane, patently wrong, or actually evil.

Now imagine instead you have a well-defined group, a political pressure group, a party, or a movement that has no formal membership like the trucker convoy currently in the news. This dirty trick is most often played with those opposed to immigration – including illegal immigration. The controlled media focuses on a small number of individuals within the group and brands them, you guessed, racist. Now anyone associated with the group or the ideology can be and will be tainted with guilt by association.

The American media did this with Donald Trump after his “Mexicans are rapists” speech. What Trump actually said is discussed in this article about a similar smear on J.K.Rowling. The “racist” in the smear on Trump would later become “white supremacist”. Any honest American of a certain age would be amazed at this because from the 1980s and before, Trump was widely admired by black Americans, regularly rubbing shoulders with the likes of Don King and even Al Sharpton. The crassness of this type of smear was revealed when along with a number of other dissatisfied Californians, Larry Elder decided to run for Governor in the Gavin Newsom recall. One idiot journalist called him the black face of white supremacy.

In the UK, the hasbara Tommy Robinson was denounced as a Nazi when he premiered his film about rape gangs in Telford. Local communists and self-styled anti-racists sided against Robinson and by implication with men who had been proven to have sexually abused underage girls, including one who impregnated a 13 year old yet for some reason wasn’t prosecuted.

Although the smears on anti-immigration campaigners have been successful for decades, the smears on the new anti-compulsory vaccination movement have had no success at all. Its most spectacular fail was Justin Trudeau who somehow found a Nazi flag amid the protests, something he described as violent. People are being harasssed, yadda, yadda, yadda. The heavily subsidised Canadian media backed him up, as did the usual suspects in the American media, but no one else was buying it.

Even if this flag existed, and indeed even if Nazis attended this protest, what would it prove? Only that the current situation in Canada is too extreme even for Nazis. Trudeau’s Government has become a veritable dictatorship, but like the US, particularly blue states, people are being branded Nazis and fascists because they are rebelling against state interference with their lives. So who are the real fascists here? 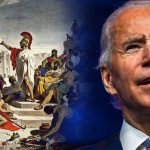 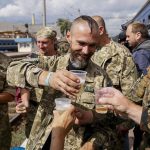