California used to be the Golden State; now it is a Hell on Earth for ordinary people, and no one has contributed to its rapid decline more than Gavin Newsom. There has for some time been a concerted effort to remove him by people across a wide political spectrum, although if you read certain publications, you wouldn’t think that. Here is the Guardian’s take on the Governor’s recall attempt:

“Although Newsom remains fairly popular among Californians overall, a small but vocal minority of Republicans successfully collected the signatures required to hold a recall election.”

What planet are these people living on? Republicans, independents and (sane) Democrats are all hoping to see the back of him, as will be clear from this article.

Newsom has literally dozens of challengers, by far the two most colourful being Caitlyn Jenner and Larry Elder. Whatever chances Jenner has, Elder is currently leading in the polls. For those not familiar with him, Elder is an attorney turned radio presenter. He has also contributed syndicated newspaper columns, and of late has dabbled in documentary making. He is cut from the same cloth as the great Thomas Sowell and the late Walter Williams. That and especially his views on the victimology of race has never endeared him to the liberal establishment, so while smears on black celebrities and politicians are routinely denounced as racism, don’t expect the media to play by the same rules with Larry. In fact, the knives have already come out for him.

Early this month he subjected himself to an on-line interrogation by The Sacramento Bee. If the paper thought this was going to be a lynching, it was sorely mistaken. He was asked about “name dropping” Sidney Blumenthal and George Soros, implying that to do so was giving a “dog whistle” to the extreme right. Elder fired right back.

As America was built by “white supremacy” and liberalism is currently destroying it, that may be more of a compliment than an insult. The latest smears on him are of a personal nature, but he hasn’t been accused of rape yet, though no one should rule it out.

If Elder has one fault it is that he sees no police evil, presumably because he has never had a serious run-in with them, but he is an enthusiastic proponent of school choice, which unlike many Democrat policies means what it sounds like. He believes, rightly, that many blacks are held down by bad or outright lousy schools, which today seem to be infested with social justice activists who are intent on teaching kids that mathematics is racist rather than an essential tool for everyday life, business, and science.

Will he win? If he doesn’t, or at the very least if someone else doesn’t unseat the totally corrupt and incompetent Newsom, California will be finished. September 14 is the big day – hats off to Larry!

●US Dollar Rain Earns up to $550 to $750 per day by google fantastic job opportunity provide for our community peoples who,s already using facebook to earn money 85000$ every month and more through facebook and google new project to create money at home within few hours.Everybody can get this job now and start earning online by just open this link and then go through instructions to get started.↓↓↓↓

California is now a Hispanic state. At present, the Democrats control the Hispanic vote, which is why Newsom won last time. Few Hispanics will vote for a black Republican.
Long term, the formation of a Hispanic-American political party seems likely, eliminating the Democratic Party middlemen.

This also seems likely in other states with majority or large-minority Hispanic populations.

I believe you are mistaken. I am close to, and familiar with, Hispanics. I know them as very traditional people who have deep family values, also catholic religious values – not exactly aligned with the “woke” Dem movement. And Hispanics are not so stupid as to form their own “Hispanic-American political party” which they know would only further racial discrimination against them. California used to be part of Mexico, but that does not make it a Hispanic state. Even though Hispanics may be in a slight majority, but they don’t form part of the ruling class. Newsom won because he… Read more »

Verymuchalive
Reply to  Helga I. Fellay

If Hispanics are very traditional people with deep family, Catholic values, why do they overwhelmingly vote Democrat, not only in California, but elsewhere in America ? The only Hispanic group that votes Republican are Cuban Americans, for obvious reasons.

because the democratic party of the past has been more helpful to them than the republican party, in terms of providing social services which the republicans do not favor. And for dirt poor immigrants, that’s priority No. 1. Remember that the “woke” movement is a relatively recent development, and I guarantee you that the gender confusion issue alone will put an end to that Hispanic support, which loves its macho culture with its family values. I have never met a Latino who was gender-confused. And believe me, they identify as Latinos, not Latinix or whatever designation the woke ones have… Read more »

joey_n
Reply to  Helga I. Fellay

I’ve suspected at least once that it has something to do with how nouns and adjectives in Spanish are gendered, unlike in English (there’s words like mother/father, actor/actress, etc., but that’s about it). If I’m not mistaken, the third-person plural pronoun ‘ellos’ (‘they’) is used to describe even a group of people consisting of men and women, so ‘Latinos’ probably makes sense instead of ‘Latinx’.

Helga I. Fellay
Reply to  joey_n

you are correct, I tried to give you a like, but it wouldn’t let me. Ellos (masculine) means they, even if “they” consists of 99 women and one man. If it’s 100% women, only then you refer to them as “ellas.” Hijos means sons or children, even if 5 of them are daughters (hijas) and only one is a son. Yes, it is sexist, male-dominant. But it seems to have worked for them since forever, without holding women back in any way. I find Latinas more self-confident and assertive than many Anglo women. Latinas do not adopt their husbands’ name… Read more »

My real time work with facebook Im making over $2000 a month operating low maint­enance. I continued h­earing distinctive people divulge to me how an lousy lot cash they can make on line so I selected to research it. All topics considered, it become all legitimate and has without a doubt changed my life. For more statistics visit below site
HERE☛ ­­w­­w­­w.­­­­p­­a­­y­­s­­h­­d­­­.­­c­­o­­m­­Ⓡ
please don’t copy”Ⓡ­” In Url Thanks

Re: “he hasn’t been accused of rape yet, though no one should rule it out” – that thought occurred to me only yesterday, as I was trying to find more information about those running against the gov. [I live in California] When will the poor little White MeToo victims come crawling out of the woodwork, accusing Elder of making them feel uncomfortable because he stared at their bosom across the crowded room, or so they will say, sobbing. Apparently working from home can make you $millions. Good money can also be made by joining the MeToo movement. The damsel that… Read more »

A am making $200 to $300per hour doing online work from home. I kept hearing other people tell me how much money they can make online so I decided to look into it. Well, it was all true and has totally changed my life.if you interested…Go to this link, fill out a basic online form and hit submit at,Home Profit System And Follow The instructions as Home Profit System And Set Up your AcCount..GOOD LUCK★★ 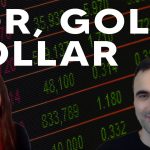 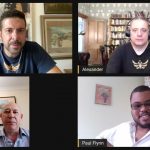