Could the cesspool on the West Coast turn into a new stronghold of conservative values and government? Could the pandemic of lawlessness and “Defund the Police” powerlessness lead to strong security and great law enforcement?

These questions and others like them are gaining interest as California reels from one-party rule, with extremely liberal and elitist Democrats doing their best to make sure that stores get robbed, needles litter the streets of San Francisco, and that SnapCrap gets a huge customer base.

I traveled to the San Francisco Bay Area numerous times, especially between 2008 and 2014. I had a great aunt living there, and I had church matters to attend to that required my presence there. I love the Bay Area. San Francisco is (or rather was) the most beautiful city in the United States, and the surrounding landscape is like an overdose of eye candy every single day of the year.

However, in my later visits, I got a taste of this lawlessness when my rental car had its window smashed while I was parked in a very beautiful neighborhood not far from Holy Trinity Orthodox Cathedral on Green Street. The fact that the window was smashed was not good. The response of the Enterprise representative was very strange. Essentially she said this:

“Just go ahead and bring it back to us and we will give you another rental. This is just a fact of life in San Francisco; these street kids do this and the police cannot prevent it or do anything about it…”

That was in 2012 or 2013. Now the city has literal crap on its streets, needles everywhere, and homeless villages on the sidewalks. People go and rob stores so much that the stores simply close, since they have zero help from law enforcement.

While this happens, the governor, former San Francisco mayor Gavin Newsom (who was mayor of that city when my car window got broken), breaks COVID restrictions he himself imposed and meets with other elites at the French Laundry for a great dinner while California citizens are shut up in their homes. 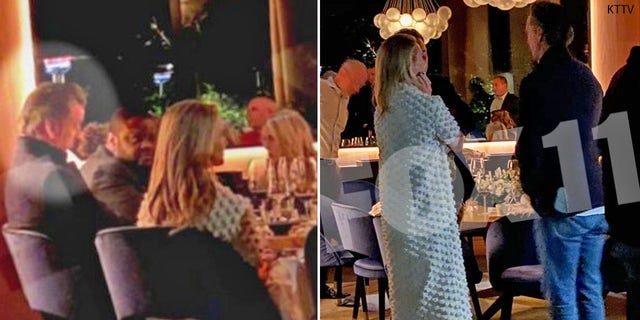 It would seem that for Governor Newsom, the policy decisions that helped break down any semblance of law and order in San Francisco were imposed on the whole state. The effects of this were felt in the big coastal cities most, which is ironic, since the loss of security hit the big cities the most.

However, Larry Elder, a Fox News contributor as well as an Epoch Times journalist and radio show commentator, is in the gubernatorial race for California. His policy positions are quite clear and quite different:

Elder’s political views are philosophically libertarian and have also been described as conservative.[1] He is a registered Republican.[22] After Elder re-registered as a Republican, in a 2008 interview with The New Individualist Magazine he said, “A lot of my listeners will often call up and say, ‘I preferred you when you were a Libertarian.’ I always tell them I never was a ‘capital-L Libertarian.’ I am still ‘small-l.’ It’s a philosophy to me, not a party.”[23]

Elder lists in his book, The Ten Things You Can’t Say In America released in 2000, his “Ten-Point Plan” to save America. He calls for abolishing the IRS; passing a national sales tax, reducing government by 80%; ending welfare and entitlements, abolishing the minimum wage, and eliminating corporate taxes.[24][25]

Elder is an outspoken advocate against a $15 minimum wage and against Minimum Wage Law arguing that “The correct minimum wage oughtta be zero”.[26] He cites the Congressional Budget Office report on The Budgetary Effects of the Raise the Wage Act of 2021[27] as well as the Employment Policies Institute and points to examples of minimum wage increases from San Diego County, San Francisco, and Los Angeles as evidence that minimum wages increase prices of goods and result in more unemployment.[28][29]

Elder has written that universal basic income is unaffordable, citing Finland and Canada as examples.[30]

In his 2020 film, Uncle Tom: An Oral History of the American Black Conservative, Elder criticizes the War on Poverty arguing that it has increased single parent households among black kids in America.[31]

“We’ve gone from 25% of Black kids born outside wedlock in 1965, to nearly 70% now. You cannot attribute that to Jim Crow and racism. It has to do with bad government policy.”

On a CNN Crossfire segment in 2013 along with New Jersey Governor Chris Christie, Elder attacked Christie for accepting the “architecture of the welfare state” and claimed that “government took almost 50 percent of the American people’s money [through mandates]”.[32] PolitiFact rated his claim “Mostly False” finding that the number was hard to approximate, but taxation would reach “It’s easy to get to the mid-to-high 30 percent range”, though the last 10-15 points would be difficult to reach.[33] Elder countered with a letter pointing to a 2009 report from Americans for Tax Reform that said the combined cost of government spending and regulatory burdens at all levels totaled “a whopping 61.34 percent”.[34]

Elder argues in his book, The Ten Things You Can’t Say In America, released in 2000, for ending farm and tobacco subsidies and legalizing drugs.[24][35] He has also criticized the characterization of anti-drug laws, most notably the Anti-Drug Abuse Act of 1986 as racist because of what he sees as many black politicians such as Harlem’s Rep. Charlie Rangel pressuring Congress to pass tough anti-drug laws.[36]

Elder states his opposition to gun control citing a study by John Lott finding that if “states which did not have right-to-carry concealed gun provisions had adopted them in 1992, approximately 1,570 murders; 4,177 rapes; and over 60,000 aggravated assaults would have been avoided yearly.”[37] He has criticized Gun buybacks and argued for fewer gun-free zones in schools saying they will help stop school shootings.[38]

Add to this list an illegal immigration policy that is strong and not the porous solution that the Biden Administration is supporting, which is destroying the United States and possibly spreading infections as COVID-infected people get scattered secretly all across the country.

In this summary, the drug position is something I cannot personally agree with, because of the connection that drug use has with lawless behavior. For some reason, libertarians miss this point, probably because they view drug use as “only recreational” and ignore the sad facts where recreational use leads to dependence and / or addiction. This view is something that is indeed a problem, but Newsom was looking at sanctioning heroin injection, and heroin is far from any sort of “recreational drug” – his policy view is therefore likely far more extreme than Elder’s is.

Larry gave an interview with Fox News’ together with Joey Jones in which he outlines his views at the present time.

According to this piece from LA Magazine, Mr. Elder is the leading Republican candidate in the possible recall election to be held regarding Governor Newsom, holding a 10-point advantage in the field.

Does he have a chance to reverse the curse in California? Yes. However, the recall of Gavin Newsom itself is not set in stone, as 48% of Californians recently polled actually support this hapless man remaining in office, compared with 43% who want Newsom out. Further, one Republican governor may not make much headway against the state legislature:

The Democratic Party currently holds veto-proof supermajorities in both houses of the California State Legislature.[3] The Assembly consists of 60 Democrats and 19 Republicans, with one independent, while the Senate is composed of 30 Democrats and 9 Republicans, also with one vacancy. Except for a brief period from 1995 to 1996, the Assembly has been in Democratic hands since the 1970 election. The Senate has been under continuous Democratic control since 1970.

While the governor of a state is that state’s chief executive, he or she is limited in power and reach by the legislature. Getting a Republican into that seat might begin to help, but as is the case for the whole United States, citizen involvement and education is the biggest factor determining who gets elected and what political policy gets implemented. This is an uphill climb, but it can happen.

One thing is certain. If nothing changes, California will eventually become red, once enough people have truly had enough. Is that time now? We shall see. 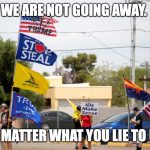 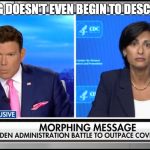