It is no secret that the American mainstream media has had it in for President Trump since he first declared his candidacy in 2015. The first blow to the media was that this former registered Democrat turned Republican. That was the first unpardonable sin. We will never know, of course, but had Trump run on exactly the same policy platform as a Democrat he might have been the darling of the media, regardless of his highly conservative policy set. As it is, Donald Trump managed to turn a very high-profile 180-degree turn, and was transported from merely being an eccentric among the American elite (he was never really one of them, but he knew and worked with all of them) to a secularist’s version of Judas Iscariot.

Donald Trump betrayed the whole Democrat machine: the Clintons, Jeffrey Epstein, the social justice warriors, the neo Marxist liberal Left and the socialists among the Democrat Party. That party is full of many such individuals, and they are so consumed with their “wouldn’t it be great if everybody else did…?” ideological efforts that the party forgot the common American men and women, the farmers, the factory workers, the 9-to-5 employees that make up the great majority of the American workforce.

The Democrat Party made many tradeoffs, and those tradeoffs were magnified in the party’s efforts to oppose the Trump presidency.

Environmental protection became the Green New Deal, with its insanely expensive plan to cripple all progress that is actually occurring anyway. Elon Musk alone can achieve at a tiny fraction of the cost all the “one size fits all” government that Alexandria Ocasio-Cortes and Bernie Sanders dream of.

The Anti-War party became the “the opposite of what Trump does is right” party. So, when President Trump launched a very clever missile strike on Syria (that didn’t hit anything important but looked impressive on TV), they called him a warmonger. When he didn’t do anything more, they called him weak for not doing enough.

This happened again with Iran after that country shot down an American drone. When told that a carefully planned and all-but-authorized American counterstrike against Iran would result in the deaths of at least 150 Iranians, President Trump balanced that against the zero casualties in the death of the drone and said no to the strike. He put the onus on the Iranians with this move better than any military strike could have done. The Iranians have not yet woken up to that fact yet, but the increasing number of signatory nations in the Middle East who are making peace agreements with Israel may help change their minds.

Donald Trump has done things no American politician thought doable. This Middle East wave of peace deals, based on the simple economic principle that peace is less costly and damaging than war, and that commerce benefits everybody where fighting just destroys people and nations, is so simple a child could have figured this out. This is not to say that it isn’t genius, for it is. Often the simple approach is the hardest to find because we love complicating things for various reasons. Mr. Trump was able not to fall for that trap.

The only real “case” anybody might be able to assert about the President’s leadership has to do with COVID-19. However, the media itself is partly to blame, and to be sure, in my opinion at least, this may be the one place where the President’s caution, though wise, also opened a window to attacks.

He would have been attacked either way. The media narrative with Coronavirus and Donald Trump looks much like “Anything you say, I will disagree with you and call you wrong.”

To that end, the virus presented very grave imagery, enough to scare most of the planet into imposing restrictions that are now largely understood as unneeded and primarily psychologically supportive. The face mask is the prime example of this: face masks cannot stop viruses. They are too tiny and will pass right through. In fact, rebreathing one’s own air is probably more unhealthy than taking a risk that COVID might get you, because COVID, for all its hype, is actually a pretty far cry from a deadly world-killing pandemic. The disease has been worldwide for about ten months or longer. Most of us are still here. Out of 7,822,229,200 people, 1,189,712 have died. In the same period, from January to now, an estimated 49,074,109 people have died. So the ratio of COVID-19 deaths to the sum total of all deaths is about 2.4%, and about one half of one percent of the world’s population has tested positive for COVID, and about 95 percent of those people never even felt sick.

This is very, very far from the world-ending plague. The biggest problem President Trump and / or anybody else has right now is simply stating this “unbelievable” piece of information: The virus isn’t great, but we are seriously and dangerously overreacting to it.

This is not a mere “economic” argument. The experiement of lockdowns and arrests for praying and any number of other crazy things that have happened, like “rioting is okay but Church services are super-spreader events (it must be the burning cars, right?)” is so deeply wrong that it is hard to face. But, it is true. President Trump is in the best possible place to bring the nation out of that delusion, gently, without causing too much further upset.

Joe Biden, by contrast, wants to plunge the United States (and the world in consequence) into the pit, thinking that a “national lockdown” will kill this virus. It won’t. The lockdowns did not slow the transmission by any appreciable amount, as we now can observe statistically by examining records during and after the spring lockdowns. But the psychology of the fearful is where Mr. Biden gets his greatest support.

The media hates President Trump because he exposes their hypocrisy and wrongness with everything he does. They further hate him because he will not let them ignore him. They rely on covering him to secure their own businesses. Tucker Carlson makes a very wise point in the video you are about to watch, in effect, that Donald Trump is the best thing to happen to the liberal media in a long time. He has preserved many of these people’s employment. With Biden and the Sorosian powers working through him until he is removed, what will these media have to say?

It is easy to criticize on principles and rhetoric. In politics, what is truly right and what is truly wrong are very fuzzy concepts, regrettably so, regardless of one’s political party. We have to be honest about this.

However, the thing that is so different about President Trump is that he operates outside of political fantasy. He deals in policy, how things get done, in such a way that the results actually make a difference in people’s lives. That difference is palpable. Gallup even evidenced it in their poll a few weeks ago showing that 56% of Americans polled believe their lives are better now than before President Trump took office. Our ecomonic statistics, the lack of new foreign wars and the near-conclusion of old ones, a radical optimism that swept the country, even for liberal businesses and their leaders, a renewed and greatly strengthened committment to life and tradition, and three originalist Supreme Court Justices, all these are inarguable facts of the Trump Presidency. One may not like these things, of course. But one cannot deny the fact that these changes exist.

The media tries any way to talk about something else, but in the end, in just a few days now, we will see if they achieve the success they want – the removal of Donald Trump from office. I pray that does not happen, but if it does, then we will have the interesting experience of watching how the media handles what comes next.

It is said that Hell is when you get everything you want, all the time, and without stopping. Just ask King Midas.

The Russians ate my homework.

You know,president Trump has one thing in common with a previous president,that of Roosevelt,he is seen by the elite as a traitor to his cast/class,by galvanising what Hilary Clinton called the deplorables,president Trump was one of the few who saw America becoming a semi third world state,with infrastructure crumbing and looking second rate compared to other countries, the elites still can’t see it,they live in a hermetically sealed bubble of high walls and armed security,they didn’t care if America started to look like a third world sh*t hole,to put it politely,president Trump due to his interest in real estate has… Read more »

Very true. Except the elites DO see it, it fact, they have planned it. As far as the FBI investigation that will be quashed 9am November 4th.

Wow. SH: “So, when President Trump launched a very clever missile strike on Syria (that didn’t hit anything important but looked impressive on TV), they called him a warmonger.” The media fawned over Trump’s airstrikes in Syria. Are we really doing this again? APR 10, 2017 AT 10:04 AM The cruise missiles struck, and many in the mainstream media fawned.“I think Donald Trump became president of the United States last night,” declared Fareed Zakaria on CNN, after the firing of 59 missiles at a Syrian military airfield late Thursday night. (His words sounded familiar, since CNN’s Van Jones made a… Read more » 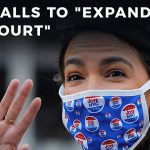 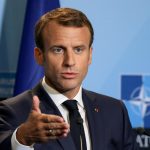