[UPDATE] Please note additional video clips at the end of this piece showing how Tulsi’s rhetoric has consistently been sane as regards Russia, Ukraine and NATO policy and the war.

When Donald Trump was President, Tulsi Gabbard was a Democrat. However, she was the only Democrat that actually demonstrated intellectual honesty as regards US foreign policy and the true disaster it already long was while the Trumpster was in charge.

I remember commenting more than once how great it would be if Tulsi opened herself up to some sort of appointment by Donald Trump in his second term. Unfortunately the 2020 election was stolen from President Trump, and Tulsi herself had dropped out of the 2020 Presidential election and had endorsed Joe Biden “Brandon” in doing so. She had no shortage of criticism about Donald Trump, either.

She seems to have no qualms about recognizing she was wrong about Biden.

(Former) Representative Gabbard spoke in fact at the 2022 Conservative Political Action Conference, and she had some very interesting things to say. The whole speech is presented here. She leads off with a prayer for the well-being of the people of Ukraine, the citizens affected in the current conflict.

Some of her comments: (I am still seeking a full transcript of her speech so that context can properly be established, but as the reader will see, the full speech is available for the viewing.)

Tulsi Gabbard: This kind of tribalism is dangerous and it’s emblematic of an erosion of a spiritual foundation in this country. It’s emblematic of this lack of recognition that we’re all God’s children, that we are one nation under God, and knowing that inspires us.

From there, she got into the meat of her speech, which was a takedown of the so-called ‘power elite.’

‘They think free speech is something that should only be left to those who agree with them,’ Gabbard said.

Tulsi Gabbard:The latest strategy and tactic that they’re using is to try to undermine our free speech by taking it upon themselves to say they’ve got the responsibility to protect us from so called misinformation. So basically, they’re saying that they are going to protect us from that which they claim is not true.

These are just tidbits, along with an excellent exposition of the Declaration of Independence. She also took to task the establishment that has helped place the planet in peril, most of all at the active flashpoint known as Ukraine.

It is ironic that the American press outlets do not supply a transcript of Rep. Gabbard’s speech, nor do they dig in to how significant it was. That is because she roundly criticized the present woke establishment, the cancel culture, the conservative-squelching efforts of desperate “liberal” tyrants. And you know who gives her speech something like appropriate treatment?

Sputnik News, one of Russia’s more propagandistic internet news media sources. It is fair to say that Sputnik sometimes goes over the edge in its cheery pro-Russia, pro-Putin rhetoric – I have been caught in drastic errors myself from trusting their reports that turned out to be wrong. Yet, Sputnik writer Svetlana Ekimenko (A Ukrainian name!) wrote a great review of Tulsi’s performance, starting with this red-hot lede:

Tulsi Gabbard raged against the “power elite” and “their co-conspirators in the mainstream media and the security state” as she delivered a keynote address at the Conservative Political Action Conference (CPAC) in Orlando on Friday night.

The Hawaiian US Army Iraq War veteran, who sought the Democrat presidential nomination in 2020 before endorsing Joe Biden in March that year, slammed what she dubbed the “Biden-Clinton-neocon-neolib foreign policy,” saying that in an ideal world “our leaders would haul James Clapper”, Former Director of National Intelligence under Barack Obama, “before a judge to answer for his lies to Congress about how the government is collecting information… And they would support the Durham investigation and Clinton corruption in 2016… .”

Special Counsel John Durham has been investigating the legality of the FBI probe into the allegations of Donald Trump’s collusion with Russia, which turned out to be unsubstantiated. While Trump earlier denounced the FBI’s RussiaGate probe, officially known as “Crossfire Hurricane”, as the “crime of the century”, Moscow has repeatedly denied attempting to meddle in US domestic affairs during the 2016 election.

Tulsi Gabbard 🌺 on Twitter: “As long as we are committed to this foundation of freedom enshrined in our Constitution, our Bill of Rights, we can work together through all the differences that we may have, to overcome the obstacles and challenges we face. @CPAC Watch full speech -> https://t.co/vpfh9BvkgZ pic.twitter.com/ERgrpBLxXa / Twitter”

As long as we are committed to this foundation of freedom enshrined in our Constitution, our Bill of Rights, we can work together through all the differences that we may have, to overcome the obstacles and challenges we face. @CPAC Watch full speech -> https://t.co/vpfh9BvkgZ pic.twitter.com/ERgrpBLxXa

And it goes on and on, while the American press tries to tell its people what to think.

This is such a wonderful irony about the Russian press. I am not going to say it is “free”, for it seems a well-known fact among people living here that the state has a lot of influence over the press. But the US calls its press “free, balanced, unbiased” and lies, because it is nothing of these, but for a scant few journalists, not even Fox News can lay claim these days to being anything but “in the tank” for a nation that uses a pro-Nazi war cry in its calls for victory… and I am NOT talking about Russia.

Tulsi took the CPAC audience on a journey into an alternate reality, where elected leaders take their oaths of office seriously, and she struck resonant chords in her listeners over and over and over again.

It doesn’t take being a Democrat or a Republican party member to be able to tell the truth. In some things Tulsi is still very taken by liberalism and its propaganda and lies. But with her, it seems that the distinction between fantasy and reality is drawn by the lines of personal experience. Tulsi is not a climate scientist. But she is a warrior. She knows war up close – she has been in it, experienced it and what is more, experienced the uselessness of war fought as a result of insane and selfish policies that the Communists would have been quick to call “imperialist” – and what a shame, that these policies come from our nation, the United States of America, which at one time was a land of the free, claiming liberty as the gift from God alone.

The American people are not stupid, but they have demonstrated amazing intellectual laziness for years. Now we are going to have to work very hard: first, to wake up from our hypnotized states and start to reason things out in our own minds, and second: to carry the insights we receive from this into changing our nation into what it was intended to be. It is not going to be easy, but we are being given chances, and Tulsi Gabbard is one of these points of light that is offering us a chance at reemergence into sanity, personally and as a nation.

I get paid over $190 per hour working from home with 2 kids at home. I never thought I’d be able to do it but my best friend earns over 15k a month doing this and she convinced me to try. The potential with this is endless .Here’s what I have been doing…  http://www.cashoffer9.com

US' version of RealPolitik

Thunbs up to Tulsi, Thumbs down to Trump. Like oil and water.

Tulsi Gabbard is a graduate of the WEF’s “Young Global Leaders” Program. Foolme once,shame on me. Fool me 32,567 times ..you must be working for the Amerikan News media.

Great comment! Klaus, would you tell us more about this? This is potentially very useful information – first time I have seen it. Thank you! 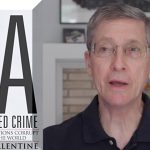 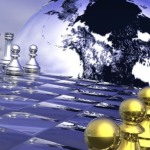