Today, RIA Novosti and Radio Sputnik reported that Canada imposed personal sanctions against Patriarch Kirill of Moscow and all Russia.

The Canadian Foreign Ministry announced the imposition of sanctions against 29 individuals from the Russian Federation, as well as against Russian media

MOSCOW, July 8/ Radio Sputnik. The Canadian Foreign Ministry announced the imposition of sanctions against 29 Russian individuals and 15 companies. The restrictions included , among other things, the official representative of the Russian Foreign Ministry Maria Zakharova, the Patriarch of Moscow and All Russia Kirill, TV presenter Ekaterina Andreeva and a number of Russian media.

“The Russian propaganda machine must answer for its lies. Canada is committed to fighting disinformation, wherever and whenever it is found. Today we make it clear to those who engage in deception: you will be held accountable. Canada stands by Ukraine,” the press service said. Canadian government words of Foreign Minister Melanie Joly.

Sanctions against the media

The Ministry of Foreign Affairs of Canada imposed sanctions against the official representative of the Russian Foreign Ministry, Maria Zakharova. The list also includes Kirill, the [Orthodox Christian] Patriarch of Moscow and All Russia.

In addition, Tigran Khudaverdyan, the former head of the Yandex group, and Alexander Lebedev, a Russian businessman, were also subject to restrictions…

And, in a response, Maria Zacharova, the spokeswoman for the Russian Foreign Ministry said that only Satanists could impose sanctions against the Patriarch:

MOSCOW, July 8 – RIA Novosti. The official representative of the Russian Foreign Ministry, Maria Zakharova, told RIA Novosti, commenting on the actions of Canada, that only Satanists could impose sanctions against the Patriarch of the Russian Orthodox Church Kirill.

According to the list published on Friday, Vladimir Mikhailovich Gundyaev (Patriarch Kirill) fell under the new Canadian sanctions .

“Only Satanists could impose sanctions against the patriarch,” Zakharova said.

Many will take this little exchange as just the political statements of people in power who really do not believe what they say. This criticism is sure to fall on Mrs. Zacharova.

The only problem with that assumption is that it is not true. In fact, this exchange actually exemplifies the nature of the struggle between the West through its proxy of Ukraine, and the Russian Federation, which made its decision to eschew the “liberal world order” and pursue its own path, one that directly references Christian tradition at its core.

Remember this reference from President Putin’s speech at the beginning of the Special Military Operation:

…they sought to destroy our traditional values and force on us their false values that would erode us, our people from within, the attitudes they have been aggressively imposing on their countries, attitudes that are directly leading to degradation and degeneration, because they are contrary to human nature. This is not going to happen. No one has ever succeeded in doing this, nor will they succeed now…” – Vladimir Putin

Further consider the very confident statements made July 8th by President Vladimir Putin, to the effect that “you ain’t seen nothin’ yet!” in terms of the military power that will be brought to bear against Russia’s southern neighbor if its government does not come to the negotiating table.

With Russia’s military action in Ukraine in its fifth month, Russian President Vladimir Putin on Thursday warned Kyiv that it should quickly accept Moscow’s terms or brace for the worst, adding ominously that Russia has barely started its action.

Speaking at a meeting with leaders of the Kremlin-controlled parliament, Putin accused Western allies of fueling the hostilities, charging that “the West wants to fight us until the last Ukrainian.”

“It’s a tragedy for the Ukrainian people, but it looks like it’s heading in that direction,” he added.

“Everybody should know that largely speaking, we haven’t even yet started anything in earnest,” Putin said in a menacing note.

He declared that Russia remains ready to sit down for talks to end the fighting, adding that “those who refuse to do so should know that the longer it lasts the more difficult it will be for them to make a deal with us.”

“We are hearing that they want to defeat us on the battlefield,” Putin said. “Let them try.”

Earlier in the conflict, the Kremlin demanded that Kyiv acknowledge Russian sovereignty over the Crimean Peninsula, which it annexed in 2014, and recognize the independence of Moscow-backed separatist regions in eastern Ukraine. Moscow also said it expected Ukraine to bow to the existing situation on the ground, a reference to other land gains it has made since Russian troops rolled into Ukraine on Feb. 24.

With what appears to be an “operational pause” on the battlefield that began after Lugansk Oblast came entirely under Russian and allied control, what we see here is the first noted return to the existing von Clausewitz strategy of warfare as a tool to lead to diplomacy. For several weeks there was no expressed offer of diplomacy as Russia ground down Ukrainian resistance until quite a significant swath of Ukrainian lands were lost to the larger country.

Now the offer to talk has been made again, and to all accounts Ukraine has insisted that Russia withdraw and cede ALL its gains including Crimea and Donbass.

It would seem that we are about to see a recommittment to action on the Russians part. A prediction – it is already fairly active today judging from the activity icons on the map. One might see a resumption and a gradual, but inexorable intensification of artillery warfare, but also renewed attacks on many places far from the present Russian zone of control, such as Kiev, Kharkiv, Dnipro and Odesa. It appears that this last “bite” Russia took has more or less solidified its original committment to liberate Donetsk and Lugansk. Lugansk is now under Russian control, and it appears that some area related to the Donetsk People’s Republic – in fact almost fifty percent – is still under Ukrainian national forces’ control. The next “bite” would take care of that, but also move to establish a new battle line along the Dnieper River most likely and the same “cauldron” strategy might be extended to a very large main encompassing or the Ukrainian forces in the eastern half of what is left of Ukraine. This is of course, idle speculation, but it is clear that Russia cannot stop its efforts until Ukraine capitulates. It is also clear that Ukraine will not stop its fight as long as the West continues to support it, so the strategy is probably not so much to wear Ukraine down as it is to wear NATO and the US and all the wokies down.

With Russia taking the high road – that of alignment with and support of Christianity and traditional values, one can bet on massive support at home (it is already so; I have seen this personally and directly), and a deadly, grim determination that failure is simply not an option.

This is way beyond any sort of Western rhetoric that Vladimir Putin is “controlling / intimidating” his people. There is no sign of that. Neither are there signs of any general mobilization or activation of those millions of Russian men and women who already served their required tour of duty in the Armed Forces. Anything is possible, but this still seems unlikely to happen at this point.

The window of peace exists and will always exist for Ukraine, but right now that window is open wider than it has been, and it will not be long before it closes again.

One has to question the governments of the supposedly free and Christian West – why are they supporting a neo-nazi aligned regime? Why are they supporting the import of perversion into an incredibly important Orthodox Christian nation (Ukraine)? Why is President Zelensky wearing the same green T-shirt every single day? Does he have only one? Or does he have 100 of them?

Yes, these last few questions are ridiculous. But so is this war. It is the sane against the crazies for sure, and both of them are very determined to win.

I always knew Canadians were flaky. But this takes the cake.

Canadians are Nazis, not flakey. Or perhaps flakey too.

Never let an Ukro-Fascist Nazi Dwarf be your Deputy Prime Monster, Monster of Foreign Affairs and Monster of everything else just about. If you run a dictatorship, as Canada does now. at least draw the line at Nazi Dwarves of uncertain gender or you may be laughed at. Oh, and Fuck Trudeau and now Fuck Canada too.

And by the way do not rule out the revenge motive of dwarves. They have a lot of scores to settle with God and life itself. Turdeau is of course a mental dwarf and Freeland is both a mental and physical dwarf, though the state propaganda arm (The CBC) always has a milk crate and camera angle ready in order not to incur the little maggot woman’s Nazi wrath.

Some very astute and pithy statements from Seraphim Hanixch. I am almost beyond appreciating them as a I think the place formerly called Canada (now West Ukraine) needs to be autoclaved. I have lost my sense of humor about Canada, the Dictatorship run by psychopaths and psychotic Nazi Ukrainians.I want to warn Canadians that millions of former Ukrainians are coming to stay.. forever. And they will have all the privileges that ate being taken from you as we speak.

I find the subject of sanctions against individuals puzzling. Let’s take the case of His Holiness (HH) Kirill. I suppose this means that any assets owned personally by HH in Canada will be frozen or even seized by Canada. If correct, the the question is begged: what sort of assets would the Patriarch of Russia personally own in Canada? A hunting lodge? But why in Canada? Russia is certainly as good a place for that as Canada! Would he own property in Ottawa? The land on which the Russian embassy is situated or other income property? Why would an other-worldly… Read more » 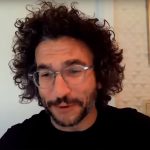 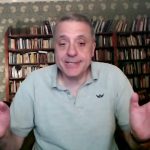