Last year, lawyer turned vlogger Viva Frei announced his intention to run for Parliament. Recently, he sold his Quebec home and relocated to Florida. Over the past few months, the Sunshine State has attracted people from all over the United States, especially New York and California due to the disastrous policies inflicted on these states, particularly the non-enforcement of laws that are making it dangerous for ordinary people to go about their daily business.

Canada doesn’t have the same crime problem with common or garden criminals, but the biggest criminal of all is intent on grabbing more and more power for himself. Canada’s Big Brother is of course Justin Trudeau, who since the covid pandemic has increasingly shown himself in his true colours.

Here are the Canadian travel regulations, Are you a fully vacinated traveller? Whether or not you are, don’t travel anywhere without your phone because you will need to sign in with ArriveCAN.

If this ludicrous red tape isn’t enough, Trudeau’s treatment of the trucker protests and the lies of the Canadian media about them is another bone of contention. As is the treatment of Tamara Lich, a woman who has been singled out for especially vicious persecution just because. Don’t believe the hype about troubling new evidence against her. Since when has public protest been unlawful?

Trudeau has pushed the envelope too far in many ways. He is using the pretext of a mass shooting in the United States to confiscate private firearms. He has frozen people’s bank accounts. What next?

Stay tuned to the Viva Frei YouTube channel and his Locals hangouts with Robert Barnes to keep up to date. And for those interested in direct, unfiltered news from Canada, check out Rebel News. While it is still legal to do so.

Justin Trudeau and Elensky. Two clowns. I think the ghost of John Gacy wants to join them.

Now with this post, Al, I can find nothing with which to disagree! Luuuuurve! 🙂 – Rh

Viva Frei has chosen well for his new home!
Florida’s Governor DiSantis is terrific, as he boldly stands against the biden regime’s dictates, and so protects the citizens of Florida.
Welcome to a great state in the USA, Viva!

Fleeing is not an option. I refuse to flee my gone crazy country. I considered it in 2020 but nah. I fought against these crazy WEF bastards over Covid and will fight them again over nitrogen. 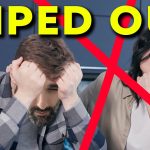 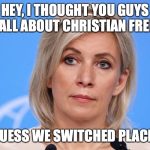