Before the covid lockdowns, any comparison between Justin Trudeau and Adolf Hitler would have been considered an unfunny joke. The same could probably have been said last month. Now, the comparison is very real, indeed one might argue that Trudeau is potentially worse, because in the 1930s, state surveillance was overwhelmingly manual and therefore labour intensive, time-consuming, and largely ineffective. Today, cities, towns, and at times villages, are blanketed with CCTV cameras, while the NSA and other state agencies monitor everything from your e-mails to your bank transactions. Jews (and others) were able to escape from Nazi Germany, and many did, taking their wealth or a portion of it with them. Today, escaping from Canada or simply moving from one part of the country to another, is fraught with difficulties.

On February 27, 1933, a lone communist (lunatic) named Marinus Van der Lubbe set fire to the German Parliament building. The communists claimed he was a scapegoat – for what is known today as a false flag operation; the Nazis claimed he was part of a conspiracy, but it is clear that although he was indeed responsible, no one else was involved.  Van der Lubbe was executed the following January, but on March 23, 1933, the Enabling Act was passed which gave Hitler near – but not total – power in the country.

Even before the Reichstag fire, the German Government had begun to clamp down on the press and the opposition, but the persecution of German Jews had not begun in earnest. Indeed, there were those who thought Hitler’s railing at Jewry was populist bluster, perhaps akin to the (false) “Mexicans are rapists” claim attributed to Donald Trump.

The London Jewish Chronicle published reports on the following incidents in the issues so dated:

February 23, 1934: two teenagers who demanded money from a Jewish merchant with menaces were imprisoned for a month each.

November 16, 1934: a Nazi stormtrooper who attacked two Jews for no reason was given a six month sentence.

November 15, 1935: a man was given a six month sentence for blackmailing a Jew.

Even after the Nuremberg Laws of September 1935, Hitler remained extremely popular both inside and outside Germany, foreign statesmen and politicians being ignorant of what was really happening or simply not caring. The 1936 Olympics, which were held in Germany, were considered a triumph, in spite of the false claim that Hitler had snubbed the American runner Jesse Owens. When Owens returned home, the black newspaper The Chicago Defender reported in its August 29, 1936 issue that Owens had praised the treatment accorded him by the German people and Hitler.

If Hitler remained popular until Kristallnacht or even the outbreak of World War Two, Justin Trudeau has always been the kind of politician most people can either take or leave. He has a bland personality, and clearly became Prime Minister largely because of his name. His late father who was Attorney General and later Prime Minister was a genuine statesman and certainly far more charismatic.

Justin Trudeau is the antithesis of Donald Trump, who as President was loud and brash yet at the end of the day did very little that was truly radical. He certainly did not persecute his political opponents, and domestically concentrated on downsizing bureaucracy to free up the economy for especially small business people and those at the bottom of society. Although he instigated a rush programme to develop a covid vaccine, Trump never dreamt of making it compulsory, explored and even tried other treatments (Ivermectin) when he caught covid himself, and was totally opposed to lockdowns stating simply and logically that the cure could not be worse than the disease.

Trump’s Democrat opponents used lockdowns quite cynically to overthrow him, including by the scam of mail-in voting; Trudeau has likewise used lockdowns to imprison Canadians in their own homes. Here are the rules for transit through Canada.

Mask mandates have been in force for well over a year, and now vaccination is compulsory, or else what?

The answer is simple: mask up, shut up, and obey. Peasant.

If the Canadian Government overstepped the mark with mask mandates, Trudeau’s treatment of the Freedom Convoy amounts to the imposition of a total police state. After claiming he saw a swastika flag at the protest, he used the 1% rule to smear all those who oppose him as bigots, haters, and worse.

Then he ordered his underlings to freeze the bank accounts of protesters and to seize funds raised for them under money laundering regulations. Shut up and obey, peasant.

This is the same Justin Trudeau who supported Black Lives Matter when they were causing widespread destruction and loss of life south of the border.

The big question is what comes next, concentration camps? You mean you haven’t heard of ‘Self isolation sites’ – that’s right, self, for the moment.

If you still think the comparison with Hitler is far fetched, that’s probably because you don’t live in a police state, but if you are a Canadian citizen and haven’t realised it yet, wait until you step out of line, when you will feel the full force of it while the state-funded media brands you the terrorist.

Justin Trudeau is a Young Global Leader of the World Economic Forum, and simply a Sock puppet for Klaus Schwab.  Who is Klaus Schwab? A Jewish Trotskyite, who was selected to implement the global Communist ‘Great Reset’, “You will own nothing and be happy.”  The Authors “comparison between Justin Trudeau and Adolf Hitler”, is the inverse of reality. Adolf Hitler fought the greatest war in human history, against International Jewry, who financed the Bolshevik Coup d’état of 1917, from their position of power, after their 1913 Coup d’état on the United States, with the passing of Federal Reserve Act.  A… Read more » 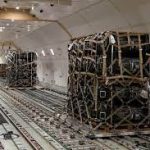