Most countries divide their governments into three branches: the legislative, the executive, and the judiciary, but the United States goes further, giving each individual state sovereignty and further limiting the power of the federal government.

That being said, many sinister individuals and organisations have attempted to subvert the Constitution by playing word games or by bombarding the courts with lying propaganda. For example, feminist man-haters Catharine MacKinnon and Andrea Dworkin thought they could ban pornography – ie anything they called pornography – by redefining it as sexual harassment. The courts would have none of this, and the Seventh Circuit put an end to their duplicity in September 1985.

Others had more success, both Brown v Topeka (1954) and Roe v Wade (1973) were based on lies, and both succeeded. The current administration is attempting to go even further by consolidating power in the Executive so that Joe Biden (or whoever is pulling his strings) can rule as absolute dictator. They are already well on the way to this, indeed, the activities of leading Democrats, the media, and the Deep State under the Trump Administration can lead only to one conclusion, namely that the United States is ruled largely by an unelected elite, one that is based only partly on money.

So let us look at Hitler and Biden, Nazi Germany and the current US Administration. The similarities may shock you.

Hitler served in the military; he was wounded and was a war hero, being awarded the Iron Cross.

Joe Biden has only ever been a lawyer and a politician.

Hitler was elected democratically and  was until the very end a popular leader who portrayed himself as a man of the people.

Although Biden was elected democratically, the election was clearly rigged against Donald Trump, the only question is to what extent?

Hitler was always his own man.

Although he has periods of lucidity, Joe Biden is away with the fairies most of the time and is clearly being manipulated by puppeteers from behind the curtain.

Hitler was personally incorruptible as well as an abstemious vegetarian. Although he had a love interest, he remained single until shortly before his death. In October 1933, the journalist Pembroke Stevens wrote: “Politically, Hitler’s life is black with crime. But the private life of Hitler is without reproach. Alone among his fellow leaders his shield is pure.”

By the same token, Joe Biden’s personal life has been fairly mundane though at times tragic; he has been married twice, his first wife and baby daughter were killed in a car crash. His eldest son Beau died young from an illness, and his youngest son Hunter is a crackhead, an adulterer, and a crook. On the other hand, Biden’s political life is black with financial crime committed in collusion with Hunter. His fellow Democrats know this, the media knows it, and the legal authorities know it, yet somehow he gets a free pass.

The Nazis were enthusiastic about the notorious Protocols Of The Learned Elders Of Zion.

The Democrats and their media co-conspirators were and remain enthusiastic supporters of the bogus Steele dossier.

On February 27, 1933, Marinus van der Lubbe set fire to the Reichstag. The Dutch communist who was not right in the head, acted alone, but the Nazis used this as a pretext to seize total power with the Enabling Act. Among other things, this allowed Hitler to suppress the opposition and throw his political enemies (particularly communists) into concentration camps.

On January 6, 2021, angry Trump voters who believed the election had been stolen invaded the Capitol. Some were assisted by police officers. The Democratic Party and its media poodles have portrayed this as an insurrection and have used it as a pretext to persecute their political opponents – Trump voters and anyone who disagrees with them.

In 1934, Hitler purged internal rivals within the military in the Night Of The Long Knives, most notably ordering the execution (murder) of Ernst Röhm.

The Biden Administration has been purging the military and the FBI of anyone slightly sympathetic to Donald Trump, and has been indoctrinating both leaders and rank and file with the ludicrous but toxic critical race theory.

In Nazi Germany prior to the outbreak of war, Jews were progressively excluded from the economy and society except for a small number who were made “honorary Aryans” like the Oppenheim banking family. The Gestapo also employed a number of Jewish spies.

In Biden’s America, whites, in particular white men, are being progressively excluded from positions of power. Unless they tick a particular box, as homosexuals for example, or are totally loyal to the Democratic Party.

For all its faults, Nazi Germany put its own citizens first.

In Biden’s America, illegal immigrants are currently being given preference and special privileges that citizens do not have. For one thing, the unconstitutional imposition of Covid mandates does not apply to them.

In Nazi Germany, banking was confidential; people could take money out of the country, and many did, including Jews.

In Biden’s America, the Administration wants to end banking confidentiality on the pretext of combatting tax evasion by  the super-rich. The original proposal was to monitor every transaction of $600 or more, in practice almost every transaction of every middle class or working class American. Janet Yellen approves of this; perhaps she should study Jewish history before endorsing such Draconian powers. 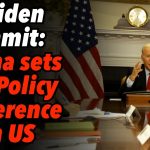 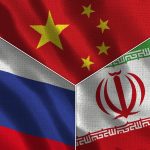