Since Donald Trump declared himself for the US Presidency, the Democratic Party and its media poodles have tried to make everything about race. At times this obsession has not only bordered on the ridiculous but gone way past that.

He  went on to emphasise that it wasn’t just Mexico. Was he wrong?

When talking about so-called racism in America, this refers mostly to black-white relations, with the assumption that blacks are always victims, and whites are always racists. Democrats like Maxine Waters, Ilhan Omar, and Ayanna Pressley have smeared Trump as anti-black and of late as “the White Supremacist in Chief”. For people with longer memories, this claim cuts no ice. An avid boxing fan, Trump was often photographed rubbing shoulders with black celebrities, especially sportsmen, and was something of an icon with younger blacks. He made cameo appearances on black TV shows and even appeared in rap “songs”.

With the theft of the 2020 election, the Democrats are attempting to ensure the Republicans never win another election, and they are doing this by turning the country into a dictatorship, if it isn’t already. If that claim sounds alarmist, consider some of the things they are doing openly – the attempt to totally federalise the election process, mandating ballot harvesting and destroying sensible safeguards against election fraud (ID is racist!), the latest attempt to track everybody’s bank transactions over $600 – an incredibly small sum, grabbing guns – so only the state will have them, and of course the Draconian and at times absurd restrictions passed on the pretext of combating Covid, restrictions that destroy small businesses and disrupt Republicans while giving them free rein to do whatever they like.

While most blacks are prepared to go along with this nonsense, an increasing number are seeing through it. For some, the invasion at the southern border is the last straw. Whatever sympathy we may have for people seeking a better life, as Donald Trump pointed out, these are not the best, they are people with problems. Many do not speak English or English to a reasonable standard. Although they have the latest mobile phones, many are also destitute. The number entering the country at the moment is well into six figures. All will need accommodation, and almost all without exception will be a drain on the country.

Whatever garbage they may have been fed or even swallowed about slavery, most educated blacks are savvy enough to realise that America was created by white men, and undermining the white majority will lead to their own demise. Look no further than South Africa. Here are a few of those who have taken the red pill:

Anthony Brian Logan runs a website and a YouTube channel with a large membership. He holds regular live phone-ins and is quick to debunk not only race-hustlers but all manner of financial quackery and Democrat nonsense. ABL voted for Obama but soon regretted it.

Larry Elder is a lifelong Libertarian. A lawyer turned popular radio host, if he wasn’t everybody’s favourite, then no one had a bad word to say about him until he ran against Gavin Newsom in the California Governorship recall, when suddenly, he became not only the black face of white supremacy but the sort of person no one should trust, certainly with political power. The most outrageous smear against Elder was the way an attack on him by a deranged white leftist in a gorilla mask was reported by the Los Angeles Times in such a snide fashion that it gave readers the impression Elder had assaulted another white woman – absolutely despicable.

Eric July is a disciple of Thomas Sowell, which means he can be forgiven for his music. He has a big following on YouTube, and has seen through all the false narratives including the latest one, on Covid. Many of his videos highlight Democrat hypocrisy including Alexandria Ocasio-Cortez – admittedly an easy target.

Craig Long comes from a military family. He went off the rails in his youth but got his act together, and like ABL has no time for sob stories about bogus asylum seekers, be they from Haiti or anywhere else.

Although she was born in Trinidad and still lives there, Nicki Minaj has lived in New York, and is an honorary American citizen if her actual status isn’t clear. Unlike Eric July, she has never been considered an intellectual. Until her recent comments on Covid and everything that goes with it, especially the idea of compulsory vaccination, vaccine passports, and God knows what else.

Minaj has a massive following on social media, and her comments caused panic in the elite.  Last September she gave birth to a son, something which may tie her up for the next year or two, but if she decides to enter the political arena, she could be a major influence for good.

Apart from high profile pundits and activists, it is clear large numbers of ordinary blacks have become disaffected with the elite dictatorship. Recently, a teenager named CJ Pearson smacked down white liberal “diversity trainer” Jane Elliott who told him he was “talking like a white man”. Elliott is one of those fools who believes race doesn’t exist, and that the only blacks worth listening to are those who think like her. She and the rest of the white liberal elite have a big shock coming in 2024, that’s if they don’t somehow manage to rig the election again.

The African Americans have been trained by the Lügenpresse, with a mix of Critical race theory and Grievance Politics, to turn on the descendants of the Europeans, who built the United States into a superpower.  The Blacks in conjugation with Terrorist groups like Antifa, are analogous to the Red Guard under Mao Zedong in mid 60s China, or the Bolsheviks in 1910s Russia. Incidentally, Antifa where formed in the 1930’s German Weimar Republic by Jewish Communists, and used as a Terrorist force against German Nationalism.  The Author of this article, Can’t see the wood for the trees, as we are… Read more »

The African Americans have been trained by the Lügenpresse, with a mix of Critical race theory and Grievance Politics, to turn on the descendants of the Europeans, who built the United States into a superpower.  The Blacks in conjugation with Terrorist groups like Antifa, are analogous to the Red Guard under Mao Zedong in mid 60s China, or the Bolsheviks in 1910s Russia. Incidentally, Antifa where formed in the 1930’s German Weimar Republic by Jewish Communists, and used as a Terrorist force against German Nationalism.  The Author of this article, Can’t see the wood for the trees, as we are… Read more »

My last month paycheck was for $11,000 dollars… All i did was simple online work from comfort at home for 3-4 hours/day that I got from this agency I discovered over the internet and they paid me for it 95 bucks every hour…. for more info visit any tab this site

Really glad to see those three idiots are not on this thread. You know the ones who tell you that you can earn mega money. And put people off commenting. Anyway I have been de-platformed by RT, Whom I thought honest comments were welcomed. But I was wrong. But I must admit that I still watch RT because as an English white man, I find that ”Cross Talk” ”Boom Bust” ”Going Under Ground” and the best of all is Renegade Inc. They make the BBC look like a bunch of foolish American and British propaganda outlet. 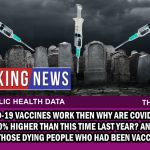 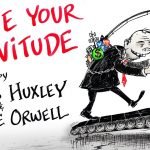