One of the biggest hoaxes pushed by the Democrats and their media lapdogs in the run-up to the 2016 election and all through the Trump Presidency was that Trump had zero or close to zero support from American blacks. There could be only one reason for this, Trump was a racial bigot, and especially anti-black. A quick Google search should have been enough to disavow anyone of that notion; Trump had always been a big name around boxing circles, and counted the eccentric promoter Don King among his friends. Nevertheless, the gaslighting continued, and indeed continues to this day.

From the 1960s, American blacks, especially urban blacks, have by and large voted the straight Democratic ticket, although paradoxically, they are among the most conservative of Americans. The churches have traditionally played a big role in black society, especially in the Deep South. Blacks have also been largely hostile to homosexuality, which has been embraced by the mainstream media, often literally.

The black elites and race-hustlers have successfully pushed the myth that all black social and economic failings are due to something called racism, but as Thomas Sowell and the late Walter Williams pointed out, in the 1930s, black criminality and drug abuse rates were comparable with those of whites. It was liberal policies, including the war on drugs, that were largely responsible for the downward spiral of the black working class, not that the white working class has fared much better. Blacks have also suffered due to America’s liberal immigration policies, something that has escalated due to the lunatic actions of the Biden Administration.

So who are the Black Resistance? They are a disparate bunch, most have a big on-line presence, though some also operate in the real world. Some are ideologically black, that is they concentrate solely or primarily on black issues, while others see themselves simply as Americans who understand the nation’s founding principles including small government, and separation of powers. Here are a few of them in alphabetical order:

Ali Alexander is a conservative Trump supporter who has obviously been doing something right because he has been banned by Facebook and Paypal among others. He was one of the organisers of the Stop The Steal movement. His best work, which appears to have vanished from the Internet, is an analysis of the Christine Blasey Ford hoax, reasoning that Ford had manufactured her assault by Brett Kavanaugh after reading a book written by Mark Judge, an old school chum of his. Alexander read the Judge book and concluded that its lack of detail about the location of this fake assault was the reason Ford was unable to go into detail herself.

Larry Elder is a member of the old guard; born in 1952, he started out in law then moved into radio almost by accident. He is a frequent pundit for conservative and right wing media, and a vociferous critic of race-hustlers, Sadly, like many black conservatives, he sometimes goes too far. The police can do no wrong as far as he is concerned, and he believes just because he has lived the American dream, anyone can.

Some of Elder’s best work in recent years has been done for The Epoch Times, including a hilarious video compilation of Biden lies and plagiarisms.

The Hardaway sisters are better known as Diamond & Silk. On the face of it they are a comedy double act, but these two dyed-in-the-wool Trump supporters can hold their own in any debate.  They are particularly scornful of race-hustlers, including white liberals.

Anthony Brian Logan has his own website but can best be found on his YouTube channel which currently has over 860k subscribers. A conservative who happens to be black rather than a black conservative, he hosts regular live call-in programmes and has appeared on various TV channels, including RT, where he defends American values and has been known to make mincemeat out of braindead leftists.

Candace Owens was originally something of a leftist but has become an outspoken opponent of race-hustlers including leading Democrats. A co-founder of the BLEXIT movement, she is the author of Blackout. Anyone tangling with her had better get his facts straight.

Jesse Lee Peterson is the oldest person on this list. His philosophy is shaped by his religious beliefs – including the existence of Satan – but he is surprisingly down to Earth. While leftists promote the chimera of white racism incessantly, his view is that the real problem is the anti-white racism of blacks. Whatever one may think of that, his views on family life and the damage to society caused by especially boys growing up without fathers cannot be faulted. This is a thoughtful man who means well and does his best.

Brandon Tatum is a former police officer, and something of a police apologist. Having said that, he has put the at times difficult and dangerous profession of policing America’s streets into perspective. Along with Candace Owens he is the founder of the BLEXIT movement.

Joy Villa is a singer-songwriter and actress. A vociferous critic of Black Lives Matter, she is also no fan of feminism and the current fantasy of gender mania. She is an outspoken Trump supporter.

Terrence K. Williams is a comedian, and a man who has a real hard luck story; he was a victim of America’s drug culture before he was born. One of the real President’s most passionate supporters, he put it like this: “People keep telling me to give up on President Trump. Please don’t judge but after hearing that so much I have decided to accept reality and understand that I have to give these people the middle finger and never give up on Trump. He never gave up on us.”

That sums up the difference between Trump and the bulk of the Democratic Party, certainly its leadership. Williams and his other black supporters saw through the rhetoric of the white liberals and looked at the reality of Trump’s policies, which is why the Democrats will lose in 2024.  Unless of course they succeed in rigging that election too. 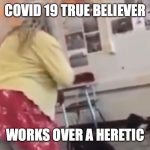 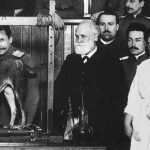