Some people seem to think so with his recent seemingly outrageous attack on Florida’s populist Governor Ron DeSantis, but this isn’t the first person he has apparently turned against. Recently, Candace Owens said he had taken aim at her; Owens has been one of Trump’s biggest supporters among non-politicians. So what is going on here? To understand why, we need to look back to the beginning of his campaign.

Trump launched his first Presidential campaign on June 16, 2015, two days after his sixty-ninth birthday. There had been speculation of him running for President way back in the 1980s but he had never held political office before. He was treated from the beginning as a joke candidate, but after slaughtering a packed field to win the nomination, the laughter was replaced by defamation, hysteria, and at times outright criminal intrigue.

We know now, those of us  who have bothered to read the documents, that Hillary Clinton and her gang funded the Russian collusion hoax and that people in the FBI, the mainstream media, and the highest levels of Government ran with this piece of garbage.

We have come to expect this sort of thing from the Democrats, whose party is now far removed from the interests of ordinary people, but it was fellow Republicans who leaked the notorious Access Hollywood tape. Trump brushed this off with a superficial apology and trashed the gaggle of demented women who would crawl out of the woodwork accusing him of everything from reckless eyeballing to rape. One of these later accusers would accuse him of raping her in a New York store on an unspecified date in the 1990s. It soon transpired that this ludicrous  scenario was based on a 2012 episode from a popular crime series.

Other alleged crimes were taken more seriously, and where there was no alleged crime, certifiable lunatics like Letitia James went investigating the man looking for one.

The Trump White House leaked live a sieve. The Deep State targeted not only Trump but his family and everyone around him. One of those was his lawyer Michael Cohen, who ended up facing prosecution for unrelated crimes. Sensing more trouble unless he played ball, Cohen turned on Trump, but due to his conviction for perjury he now has little credibility. Then there was Stormy Daniels who claimed to have had a one-off sexual encounter with Trump and was paid off for it. Whether or not she did, Trump was accused of a campaign finance violation instead of being a victim of extortion or blackmail. But there was perfidy closer to home,  his niece Mary – who is as mad as a box of frogs – has spoken out against him, then there was Omarosa.  Does anyone now remember Omarosa?

In short, Trump has been victimised, traduced and betrayed left, right and centre. Is it any wonder he has become paranoid? Clearly, voices have been whispering in his ear. In the case of Candace Owens, it was the media that did the damage; Trump read something she had allegedly said about him, and believed it. The question now is who has been whispering in his ear about Ron DeSantis?

Difficult though it is to believe, there are some leading Republicans who would rather see Trump gone even if the southern border remains open and the country disintegrates. It remains to be seen what these same people have been saying to DeSantis, but clearly a feud between the two would be a disaster for the Republicans. The solution is simple, DeSantis should make it clear he intends to serve a full term as Florida Governor then perhaps run for President in 2028. As much as some would like to see a Trump DeSantis ticket in 2024, the Don has an even more alluring potential running mate. DeSantis should continue his work in Florida and perhaps turn the entire state red for 2028. And leave the chase for the Vice Presidency to Tulsi Gabbard.

Donald Trump fooled his Naïve supporters into thinking he was a patriotic nationalist, whereas he was clearly a Shabbos goy, especially from his time as president of the United States (2017–2021).  Towards the end of the 1980s the Real Estate market in The United States tanked and Donald Trumps casinos and his other assets were under threat from his lenders. Their was a very real danger of him becoming a washed-up real estate mogul who would be stripped of his once lustrous possessions. Trump was saved from Bankruptcy by Wilbur L. Ross Jr. (senior managing director of Rothschild Inc.) who… Read more »

When it comes to Israel, there is the “Do as I say” vs “Do as I do” dichotomy. Israel was once a friend of South Africa in the old apart days. And is often criticized today for being an apartheid state. Trump is a “Do as I do” supporter, thus the “Build a wall” immigration approach.

You identify Israel and worldwide Jewry as a single entity working hand and glove toward a single goal. Maybe, but I suspect there are many Jews around the world who would love to see Israel disappear into the sunset and completely forgotten, so they could return to a traditional surreptitious approach. Israel is like an actor on the world stage saying “We are the Jews, and this is what we do.” How about Germans saying “We are the Germans, and this is what we do” and then kicking all of the immigrants out. They can defend themselves by saying “If… Read more »

Your thesis is supported by the fact that one of Trump’s supporters is none other than Alan Dershowitz. Who would have thought? 🙂

You are posting nothing but rubbish

I would love to see Tulsi as VP. In fact, Trump should have offered her a position the first time around. Mike Pompeo? Nikki Haley? etc etc. Are you kidding me? Trump surrounded himself with a bunch of creeps who would not qualify to be dog collectors in any decent town. And Tulsi could draw the vote of men just like many men draw the vote of women. She’s cute! Hey, isn’t Democracy wonderful?

I’m thinking more like Carrie lake she is dynamite

“Has Donald Trump Lost The Plot?”
You cannot lose what you’ve never possessed.

Now, we know a few things about Trump. What do we know about DeSantis? We know that he did not go along with all of the Covid nonsense. And backed up his beliefs with concrete actions. Big plus!! Anything else?

We need to think about further down the road not just 2024 to 28. Ron DeSantis and or Youngkin are both young enough to carry on after 2028 this is what we need

Former President Donald Trump’s unprompted haymakers at Florida Gov. Ron DeSantis are costing him support even among his most loyal backers in the Sunshine State.

Those people saying Youngkin and DeSantis are going to run for the presidential election. Those people saying DeSantis and Trump are at each other‘s throat all those people are just trying to divide MAGA Patriots. If we fall for this then no republican will win Donald Trump because he won it in 2020 should win the 2024 presidential race and right all the wrongs that Biden has done and set it up for DeSantis to follow. We must think beyond 2028. Di Santis and or Youngkin are both young enough to carry on in 2028 this is what we need.… Read more »

You are sir, simply an idiot, perhaps sexually aroused by trump? 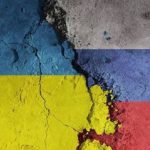