In spite of their massive contribution to music, American blacks have produced very little in the way of towering intellects. If that statement is construed as racist, so be it, it is true nevertheless. They have produced a few however, the most outstanding of whom is Thomas Sowell, who will be celebrating his ninety-first birthday in June.

I discovered Sowell in the early 1990s along with his friend and fellow traveller Walter Williams who died last month. Williams was also a towering intellect; it remains to be seen how much he was influenced by Sowell, but their dissimilar life experiences led them to similar philosophies.

This May will see the publication of Jason Riley’s biography of Sowell; called fittingly Maverick, it is available pre-order from Amazon. Riley is also behind the documentary Common Sense In A Senseless World which gives an insight into the breadth and depth of Sowell’s scholarship.

Thomas Sowell grew up in the kind of poverty that most of the Black Lives Matter crowd could hardly imagine. True, most working class whites had it rough in the 1930s too, in America and everywhere else, but Sowell’s was exceptionally so. He was born posthumously, and his mother died when he was very young, which resulted in him being packed off from his home in North Carolina to New York’s Harlem where he lived with and was adopted by his great aunt.

At the age of eight he was introduced to books, and from then on there was no stopping him. As a young man, Sowell became a Marxist, which is nothing unusual. As the saying goes, if you aren’t a Communist when you’re sixteen, you haven’t got a heart; if you’re still a Communist when you’re twenty-six, you haven’t got a brain. But it wasn’t the wisdom that comes with years that purged Sowell’s Marxism, nor was it Milton Friedman, rather it was working for the US Government in particular on the minimum wage.

The idea of the minimum wage has been around for a long time; it’s certainly a noble idea, but like so many noble ideas it is wrong because the theory behind it clashes with reality. Realising that free or relatively markets are vastly superior to any sort of government intervention, Sowell was propelled towards a career in economics. In 1980, he accepted the post of research fellow at the Hoover Institution, where Antony C. Sutton was also a research fellow from 1968-73.

In some ways, Sowell’s work has been even more controversial than Sutton’s, or has it? The reality is that Sowell lives in the real world while much of the mainstream media, left wing academics, and politicians refuse to accept facts even when they are written in stone. Here is Sowell humiliating feminist attorney Harriet Pilpel forty years ago. He and Walter Williams alone totally demolished all this garbage about structural racism (or whatever it’s called now) and the mythical gender pay gap, yet we are still seeing race-hustlers, feminist agitators and other clowns pushing for and getting legislation to combat these mythical problems with “solutions” that either make these same problems worse or create entirely new ones.

Much more could be written about Sowell’s work on especially economics with relation to “inequalities” worldwide, much of which he puts down to geography and opportunity. Rather than write about it here, check out Sowell speaking on YouTube or visit his personal website.

I should end with some criticism. Sowell is staunchly opposed to universal basic income because like almost all economists he sees work as a moral obligation as much as a necessity to run the world. This is probably due to his having lived a fairly privileged life after being born into poverty. Like almost all economists he doesn’t realise that “unemployment” doesn’t really exist; the “idle rich” can be said to be unemployed, but does anyone ever claim this?

Likewise, Sowell has little or nothing to say about how the banks create credit out of thin air and sell it to the rest of us, much less why we should have tolerated this practice for centuries. If only he had been introduced to Major Douglas!

Also, while he has no time for race-hustlers, he believes we would be better off ignoring race completely. Race is as much a biological reality as sex; ignoring this and even worse demonising “racists” has led us to where we are today.

One final point, Sowell is a passionate advocate of charter schools, primarily because he realises that but for his own school choice he might have ended up like George Floyd or at best eked out a living doing menial unskilled work.

Again, check out Thomas Sowell for yourself; his message is even more relevant today than when he published CIVIL RIGHTS: Rhetoric Or Reality? way back in 1984. 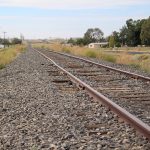 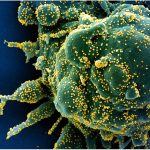