If you haven’t heard of him, that is hardly surprising. Black conservatives are anathema to the mainstream media, and black conservatives who tell it like it is, irrefutably, are either ignored or dismissed as Uncle Toms.

Like his friend of half a century, Thomas Sowell, he was not destined initially for an academic career, although unlike Sowell he never became a Marxist.

Until December 2, Sowell and Williams were arguably America’s greatest living economists per se. Sowell, who recently turned 90, published his obituary of Williams in The Calgary Sun, among other newspapers.

Walter Williams grew up the Philadelphia projects; he flunked out of college, drove a taxi for a while, then served in the military from 1959 to 1963. After the military, he resumed his studies, eventually obtaining a PhD in Economics. Like Sowell, whom he met in 1969, he was skeptical of minimum wage laws. And like Sowell, he saw through the race-hustlers. In fact, it is no exaggeration to say that between them these two men totally demolished the fallacy of the gender pay gap, and perhaps even more importantly the lunatic concepts of white privilege and the even more bizarre concept of intersectionality before Peggy McIntosh and Kimberlé Crenshaw formulated their absurd doctrines.

Like Sowell, Williams was a prolific author, his works include eleven full length books among them his autobiography. He was also an extremely eloquent and persuasive speaker. Some of his speeches can be found on YouTube, and his arguments against the pervasiveness of so-called racism are flawless. Sowell’s 1984 book CIVIL RIGHTS: Rhetoric Or Reality? points out inter alia that in Malaysia, racial discrimination is written into the constitution, yet Chinese-Malaysians dominate the economy.

Williams covered similar ground in his classic speech How Much Can Discrimination Explain? in which he pointed out that in the United States, Jamaican Americans (in 1972) were a get ahead minority. On the subject of statistical differences he pointed out that black Americans, then 13% of the population, made up 75% of NBA players (and the highest paid); blacks made up 53% of the football players and 38% of the baseball players, and, most amusingly, slightly over 50% of all American hockey players came from Minnesota.

Regarding discrimination, his anecdote about the tiger is especially amusing, and enlightening.

A good economist must also be an historian or at least understand something about history, and he certainly did. Williams was scornful of the incessant claim that blacks of his and later generations are somehow held back by slavery, and pointed to other factors, including poor schools, for black underachievement.

Walter Williams was married once; his wife died in 2007. He is survived by his daughter.

The good men are dying out! You can see it everywhere!

The trouble is, that people who are honest are derided by the media. And the couch potato mob just suck it up. 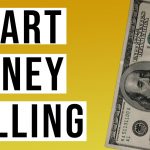 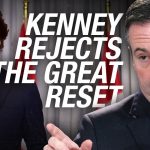