Men are disturbed not by things, but by the view which they take of them.

In the book, The White Nights: Pages from a Russian doctor’s notebook (1956), Dr Boris Sokoloff describes an account of an incredible visit to the laboratory of Dr Ivan Pavlov (1849-1936), the famous Russian physiologist who is primarily known for his work in classical conditioning which has informed much thinking around behaviourism in psychology. A fascinating and sinister section from the book reads (from page 205/6, 2018 edition published by Bowen Press, Texas):

“What is wrong with these poor creatures?” [Sokoloff] asked. “What have you given them to make them so nervous?”

“Quite…But we hope to prove that the etiology of cancer is in the alterations of the central nervous system…Well, this is the first step in that direction. I rendered these dogs neurotic.”

“How?” I was fascinated.

“By using the technique of conditioned reflexes. First, by forming them with a bell or a light, and then inhibiting them. This technique can induce a state of extreme neurosis in normal dogs. You can see yourself that they are neurotic.”

And they were, indeed.

“Now,”, Zelenyi continued, “we shall see if a malignant tumor develops in these dogs. We might know in a year or two.”

It was to take more than twenty years, however, to complete the investigation. Not until after the death of Pavlov and Zelenyi were the results published by Dr Maria Petrova and other Pavlov students, partially confirming their master’s theory.”

It might come as a surprise then, that the UK Government and devolved administrations, on the advice of psychologists from SPI-B of SAGE and the Behavioural Insights Team (Cabinet Office), are using methods derived from Pavlov in the response to Covid-19 which are making us all psychologically and physically unwell: deliberately so.

As mentioned in my previous articles on UK Column, “Psychological attack on the UK” and “Ethical psychotherapy versus the unethical applied psychology of SPI-B and the UK government”, their motivation and tactics are explicit; to deliberately to make us more fearful and to shame us (and get people to shame each other) through propaganda and societal/interpersonal pressure or demands to get us to submit/conform to the Covid-19 regulations and dictates.

These tactics do not come out of nowhere. SPI-B and the UK government have not just invented them for the purposes of Covid-19. The links to Pavlovian theory are clear.

When one looks at the use of psychology as used in totalitarian regimes, especially totalitarian communist regimes of the old Eastern Bloc communist countries and the Soviet Union (the formative political landscape that shaped Pavlov’s ideas), we see clearly that the tactics of SPI-B and the UK government are no coincidence.

Lavrentiy Beria was a Georgian Bolshevik and Soviet politician, Marshal of the Soviet Union and state security administrator, chief of the Soviet security service, and chief of the People’s Commissariat for Internal Affairs (NKVD) under Joseph Stalin during World War II, and promoted to deputy premier under Stalin from 1941. He later officially joined the Politburo in 1946.

A text supposedly attributed to him, “Brain-washing: a synthesis of the communist textbook of politics”, an address to students at Lenin University, explicates a great deal of the origins and methods of SPI-B/Behavioural Insights Team/UK government’s psychological tactics, and what is occurring in the UK at present.

There is controversy about the validity of Beria’s authorship of this address and how the text may have been fabricated by anti-communist Americans to disseminate anti-communist propaganda. Nevertheless, much of the material within the introduction and actual text corroborates other writings; e.g. New lies for Old by Anatoliy Golitsyn, an ex-KGB officer; Christopher Story’s European Union Collective: Enemy of its member states, a study in Russian and German strategy to complete Lenin’s world revolution; the talks of ex-KGB operative Yuri Bezmenov; Russian dissidents/authors against totalitarian communism Vladimir Bukovsky and Alexander Solzhenitsyn; the writings of dissidents against communism in Czechoslovakia Václav Havel (e.g. The Power of the Powerless) and Václav Benda (e.g. The Long Night of the Watchman”); as well as the personal testimonies of people who described what it was like living under the psycho-political conditions of totalitarian communism, for example Stasiland: Stories from behind the Berlin Wall by Anne Funder, and Live not by Lies: a manual for Christian dissidents by Rod Dreher.

Therefore, psychopolitics or the psy-op, and the applied behavioural psychology as experienced by and applied to the UK population today, has not come out of thin air.

(As a side note, it has not gone unnoticed that one of the highly influential chief protagonists of SPI-B, the applied psychology team of SAGE, is Professor Susan Michie, a member of the British Communist Party.)

In the introduction to “Brain-washing”, Eric D Butler highlights the foundations of psychopolitical subversion, which was influenced by Pavlov, how this was an experiment in trying to standardise human thought and behaviour, and how this was to be used to infiltrate and influence the West, ideologically and politically. This has been in development for decades before COVID19. As Butler reminds us:

In an address to the BBC on the 11th November 1953 a Dr Sargent indicated that the attack upon the mind is the most serious problem threatening Western Civilization today. Dr Sargent’s talk dealt with subject of indoctrination, and he outlined the developments of Pavlov’s theories in the modern political world. Pavlov is, of course, one of the founders of psychopolitics.

Now we in British medicine are trying to learn all we can about these terrible and most effective methods of changing men’s thoughts and beliefs on a large scale, because I believe ultimately the fate of the world will depend on the conversion of the mases to one idea of life or another.

A striking quote by Butler in his introduction is from American Senator Jack Tenny, a militant Christian patriot who directed the official investigation of the Communist conspiracy in California. In his report on “Mind-washing in America”, Tenny writes:

Under ordinary circumstances the efforts of a small, almost infinitesimal fraction of society to brainwash the overwhelming majority of its citizens or build insane asylums for them would be incredible and fantastically funny. But these are not ordinary circumstances or ordinary times. We are in the age of Great Delusions—when black appears white, and white appears black—when the sane are made to appear insane and the insane act as the world psychiatrists…

The quote above embodies the spirit of the deluge of psychopolitical propaganda and tactics by the UK government: a small number of people (i.e., psychologists of SPI-B/Behavioural Insights Team) are motivated to make as many people as irrationally fearful of COVID-19 as possible (…more) 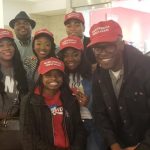 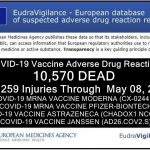