Of  all the documentaries you have seen or will see about the misnamed January 6 insurrection, this one is unique because it includes much footage from within the crowd and is narrated by a man who was there and is now in prison awaiting his show trial.

Jake Lang has been charged with a number of felonies. None of them appears to have been caught on video although he is seen on video doing other things, in particular helping people. He claims to have saved two people’s lives, and one of the victims backs him up.

Lang was “offered” a plea deal of nine years behind bars, a typical ploy of  district attorneys in cases of no political significance. Alan Dershowitz calls this the trial penalty. In 2002, teenager Brian Banks was facing a rape charge in spite of there being no physical evidence because there had been no sex, consensual or otherwise. Threatened with an horrendously long sentence if convicted, he pleaded guilty and received six years, which left his life in ruins. Although things turned out all right for him eventually, one has to wonder how many innocent people have been convicted of imaginary crimes on account of this kind of malice, something that could never happen in the UK.

Lang told the prosecution to go pound sand and has seen one charge dismissed already.

While leading Democrats and other miscreants are hunting conspiracies with the hope of roping in Donald Trump, Lang’s documentary gives different reasons for the storming of the Capitol without ruling out agents provocateurs like Ray Epps, in particular the brutality of some of the police who maced the crowd and were seen beating people gratuitously.

One of these people was Rosanne Boyland, a youngish woman who was said to have been trampled to death. The other female fatality was Ashli Babbitt who was murdered in cold blood by a trigger happy Capitol police officer. We see this murder, and Ashli Babbitt will never see justice.

There is plenty of commentary from others including Donald Trump during a sit down interview with Candace Owens.

The three quarters of an hour long documentary was uploaded to Rumble on June 6 and has run up well over half a million views, (there is also a dedicated website). Watch it thoughtfully and make up your own mind. At the very least you will almost certainly conclude that what happened on that fateful day pales into insignificance when compared with the antics of Antifa and Black Lives Matter that played out over a far longer period, a far greater area, leaving exponentially greater destruction while it was cheered on by the very same people whose blind obsession with bringing down Donald Trump may end up taking down the entire country instead.

GOOD PEOPLE OF THE WORLD WILL WIN ALL THESE WARS AND THEN WE JUST MUST REMEMBER “NO MORE MR. NICE GUY”, BUT ALL REAL CRIMINALS MUST BE TAKEN OUT, PERMANENTLY !!

“Something that could never happen in the UK”?

I hope there was sarcasm behind that remark! 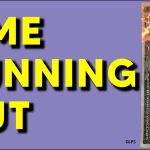 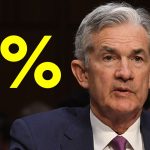