We can debate if it ever was, and doubtless the usual suspects will claim that for non-whites it never was, but what should be clear to all and sundry now if it wasn’t already is that there are two justice systems in America: one for the ruling elite and another for everyone else. And, if you are a Trump supporter, you are now a third class citizen.

Following the unprecedented raid on the Florida home of Donald Trump, Republicans of all stripes and genuine civil libertarians have been up in arms. Although not a Republican, Tulsi Gabbard has herself been on the receiving end of Democrat smears. Interviewed on Fox News she called the raid “a blatant abuse of power” and made the chilling observation that it’s now out in the open, they’re not even hiding it anymore.

Here are a few more observations of the double standards. When she was Secretary of State, Hillary Clinton used a private server for her official e-mails, clearly to bypass freedom of information laws because she was selling access through her husband. When this came to light, thanks to Judicial Watch, she deleted some thirty-three thousand e-mails under subpoena, “washing” them with a program that Trey Gowdy said meant even God couldn’t recover them. She also destroyed hardware, but most seriously, with or without assistance, she found a way to transfer information from secure US Government intranets onto the regular Internet. Vlogger H.A. Goodman has been hammering on about this for years. The result? Nothing. James Comey said she had been careless but not criminal. A Republican Secretary of State who engaged in such behaviour would be looking at years if not decades behind bars.

It is also now acknowledged that Mrs Clinton began the Russian collusion hoax, financing this disinformation campaign by laundering payments through a law firm to Christopher Steele, a foreign agent. In spite of extensive investigations by John Durham, no one has been held to account.

Carter Page and others were smeared as Russian agents. To prolong that investigation, an FBI attorney created a false instrument (in English legal parlance). When found out, he pleaded guilty, receiving community service and probation. Incredibly, he was later readmitted to the DC Bar.

Although the Russian collusion myth has now been thoroughly debunked, it is clear the FBI and DOJ went the extra mile and then some to perpetuate it. Trump/Russia collusion was prima facie absurd, but Biden graft has been out in the open for years, yet with the exception of Fox News and one or two others, all mainstream media outlets have ignored it. Indeed, when Trump first became aware of Biden’s corruption regarding Ukraine, it was he rather than Biden who was impeached. Then there is the laptop from Hell. This is such an incredible story it is hardly surprising it was met with skepticism, but if the e-mails it contained could be dismissed as Russian disinformation – as it was – the disgusting videos of Hunter Biden consorting with prostitutes and using Class A drugs could not. Even so, the FBI and others did their best to bury it, and there have still been no repercussions.

Although they ended up being fired, Comey, Andrew McCabe and others didn’t face prosecution. By contrast, General Flynn was dragged through the courts over nothing, his life was made Hell. Roger Stone, whose crime was lying to Congress (as did Mrs Clinton) was arrested in a dawn raid by the FBI, who tipped off the media to give it maximum publicity. Peter Navarro was arrested instead of being issued a summons; he was put in handcuffs and leg irons.

The raid on Donald Trump is only the latest in a long line of such persecutions,  but there is a lot worse happened, and there appears to be a lot worse to come. The treatment of the misnamed January 6 insurrectionists has been utterly disgraceful, as is the so-called investigation into the incident which has seen no cross-examination as well as the suppression of much evidence that incriminates not Trump supporters but Nancy Pelosi, the FBI and others. Ray Epps, who was clearly up to no good, has been whitewashed  by the media. Whatever his status, there were clearly undercover agents at the protest – their always are. What was their role if any in the riots?

Away from Trump hardliners, we have seen utterly disgraceful behaviour in the education sector. The bogus and anti-American critical race theory as well as the absurd and toxic gender theory have been and are still being pushed in American schools. If there was one good thing that came out of the lockdowns it was that Zoom sessions enabled parents to see what had been going on in the schools. And when they protested against it, they were branded terrorists.

Now with the IRS taking on tens of thousands of more agents, Republicans and those who don’t tow the party line can look forward to audits galore. And worse. The use of bogus fact checkers and the collusion (perhaps under pressure) of the tech giants is a clear attack on the First Amendment. And they are coming for your guns, Bubba. The Democrats are busy making “lists”, there are red flag laws in the offing, and a lot more. It isn’t possible to subject a population to total tyranny while they still have firearms and a relatively free media, which is why such assaults are paramount.

The Democrats are also planning to pack the Supreme Court and would love dearly to abolish the Electoral College so a handful of big Democrat states dictate everything in the political arena. And yes, there is a lot more to come, but we’ll leave it there for the moment. It is essential Republicans take back the House in November. They also have to stop and if possible reverse the flow of illegal immigrants into the country before it is reduced to Third World status, which is clearly what the Democrats and their donors want. They may claim otherwise, but they must be judged by their actions rather than by their rhetoric.

“It is essential Republicans take back the House in November.” The Republican and Democratic Parties are two wings ..of the same fooking bird. The fact that there are still people out there who continue to believe in the USSA’s fraudulent Pepsi vs Coke political dichotomy proves the absolute hopelessness of Amerika’s situation. Allow me to summarize precisely what that situation is: Amerika is f-i-n-i-s-h-e-d. Kaput. Over. Finito. Stick a fork in ‘er, she is DONE! The irreversibility of the situation is absolute. This is due to the reality that you can’t stop a societal collapse, which is EXACTLY what the… Read more »

Republicans are part of the con. CPAC is run by neoconservatives, so voting GOP is not the answer. I mean when the hell has it been an answer? They have had the presidency and majorities in no House and Senate, and they still cuck somehow. They love war and out of this world “defense” budgets, and corporate welfare to boot. They are useless!!

the entire fed. gov is a ‘con’ … it needs to burned to the ground and d.c. needs to be a smoldering hole … and fortunately … the “CREATOR” who gave this nations it’s blessings ( including the constitution …) and the entire world for that matter … is withdrawing those blessings as we speak ( paying any attention to what is happening in the world these days … ) the ‘ass kicking’ headed this way for the entire human race is going to be truly ugly ……. 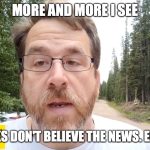 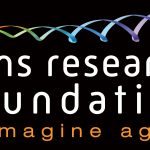