Believe it or not, The Guardian used to be an honest if left wing newspaper.  Founded way back in 1821, in the early 90s it published four editions daily – two in Manchester, two in London.  It actually started life as the Manchester Guardian, and has a sister paper, The Observer, published on Sundays. Both papers were originally broadsheets.

Like most newspapers, The Guardian has suffered rather than benefitted from the Internet, but unlike most newspapers it is subsidised by Bill Gates, to the tune of three and a half million dollars over a three year period from September 2020.

It remains to be seen if Gates or any other billionaire can buy good press or suppress stories, but it is curious is it not that however much socialists profess to hate the super-rich, they never  tire of taking their money? Which begs the question, who is paying the paper’s reviewers to pour scorn on My Son Hunter, or are they simply inherently dishonest?

Feminist airhead Emma Brockes published her review on September 1;  Charles Bramesco published his on September 6.  Both reviews are based solely on the Breitbart promo clip. So what do they have to say?

She alludes to another film about a “deep state plot to undermine the Trump candidacy”, implying this is another conspiracy theory.

She does concede though that “Stories about the laptop were suppressed by tech companies in the lead-up to the election even though some of them were true” and includes “some sex stuff I still can’t figure out.”

Bramesco is more forthright, claiming the film is for “fringe lunatics” and that “the contents of said computer have been proved non-scandalous”.

Okay, that is more than enough to go on. Stories about the laptop from Hell were not only suppressed but 51 members of the Deep State (which we are told does not exist) published a letter warning it had all the hallmarks of Russian disinformation. While it beggars belief that even a lunatic high on cocaine could have left not one but three water-damaged laptops in a computer repair shop then forgotten about them, the evidence from John Paul Mac  Isaac – a true American hero – cannot be refuted. And even powerful people do stupid things at times. It sounds inconceivable that a serving President could have received oral sex from an obsessive intern in the Oval Office, but it happened. More thematically, in 1997, the glam rock star Gary Glitter took a broken laptop to a computer repair shop in Bristol, one that contained over four thousand images of child pornography. At that time, the Internet as we know it didn’t exist; there was no Facebook, no YouTube, Google was still developing, and even Yahoo! was less than four years old. So how did he obtain such a large collection of depraved images? The answer is that there are and were even then networks of depraved individuals who distribute them, and far, far, worse, create them. Because pornography of this nature is illegal everywhere on Earth, these individuals must of necessity work in secret. What though of other individuals who though less odious still operate illegally but are protected by the people who are supposed to enforce the law?

The Fraudian as a socialist paper, Al? Ever?

It really is time for you to retire and devote yourself to growing tomatoes, if you believe that cloud-cuckoo-land tosh!

The Graun was always the illusion-cultivating playground of the sheltered, privileged Brit – mainly English – bourgeoisie, as it is still. And now, since La Viner’s shooing-in, it’s a hopelessly lips-to-butt-superglued servant of US imperialism, to boot. Socialism in anything more than just lip-service – if that – is alien to such people. 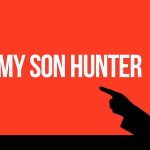