Altogether there are 128,775 e-mails from December 18, 2009 to November 24, 2021. Ten of the e-mails are dated after Biden left the machine at the Delaware shop. It is unclear why this should be, but it is most likely they were recovered from cyberspace. At any rate, there is no suggestion they are not genuine, unlike the Wikipedia entry for the machine which under the heading Hunter Biden laptop controversy currently reads as follows:

“The Hunter Biden laptop controversy involves a laptop computer containing thousands of authentic emails that was dropped off at a repair shop in the U.S. state of Delaware by an unidentified person in 2019 and never collected. It was then brought into public light by the New York Post three weeks before the 2020 United States presidential election as an ‘October surprise’ The laptop was of unclear origin and contained emails obtained by Donald Trump’s personal attorney, Rudy Giuliani and other materials relating to Hunter Biden, some of which were later confirmed as authentic. The discovery of the laptop spurred speculation as to whether it supported what became the Biden-Ukraine conspiracy theory that falsely alleged then-Vice President Joe Biden acted corruptly in Ukraine to protect his son from a corruption investigation by Ukrainian Prosecutor General Viktor Shokin.”

This whitewash could have been written by Jen Psaki herself it is so dishonest.

The entire cache can be downloaded as a ZIP file; Hunter knows all about zips; he can’t keep his done up. Obviously the vast majority of these e-mail are not controversial; there are updates from news websites, for example, including Google Alerts, but even without this machine, there is now more than enough information in the public domain to put Hunter behind bars and maybe even for him to share a cell with The Big Guy.

While British politicians are no saints and the media here can be dishonest, it is fair to say that any British politician who acted the way Joe Biden did would have been booted out of Parliament at the very least. 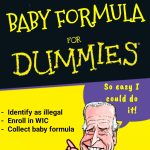