This film has been called low budget; it isn’t that low budget, and it is of course nowhere near as bad as the controlled media would have you believe. In fact, even if it were a work of total fiction it would have merit. Sadly, it is based largely on documented facts.

My Son Hunter includes some real footage, especially at the end, which features both Joe Biden and mainstream media prostitutes of both sexes who claim the laptop from Hell was really a Russian disinformation campaign, even though there is no evidence Vladimir Putin has ever visited a certain Delaware computer repair shop.

There are cameos and some phrases with which all observers of  American politics in the modern era will be familiar: “mostly peaceful protests”, “we choose truth over facts”, “the black face of white supremacy”.

The story is related in a semi-cartoonish fashion, very appropriate as Hunter is a cartoon character, his father even more so; how many world leaders anywhere have been chaperoned by the Easter Bunny?

Initially, the viewer is given the impression that Kitty is Lunden Roberts, but no, she is another stripper, apparently an imaginary one, although she turns out to have hidden depths. We realise that after Hunter’s first meeting with The Big Guy. We hear the litany of Joe Biden’s lies, there is also a reference to #MeToo and Tara Reade; don’t be taken in by that one, Reade is a flake, and the thing she accused Biden of doing was physically impossible. Having said that, the dude does have something about sniffing the hair of young girls.

Laurence Fox puts in a sterling performance as the totally depraved Hunter, a lifestyle far removed from his own. This impeccably English actor has become a hate figure for the British left, something that beggars belief because his demands are as modest as his mannerisms. Among other things he doesn’t want his young sons to be indoctrinated with trans ideology or similar garbage.

For their first film, the Breitbart team have done an excellent job. Expect more in the future and more support as people tire of being told they should pay strangers for the sins of their ancestors or send their sons to school in pink dresses. 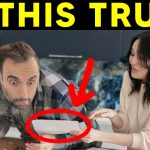 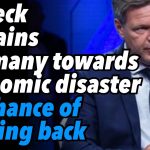