How do we know that anything we see portrayed as “news” is actually true?

There are two videos you are about to see. One is graphic, and YouTube will ask you if you are sure you want to see it. This is because this video clip shows the moment Ashli Babbitt, a former Air Force veteran, was shot during the January 6th outburst, where the US Capitol Building was entered by American citizens who were outraged by the games Congress was playing with the untrusted 2020 Presidential elections.

This video comes through an interesting chain. CGTN America reposted the video, but National File is the originator of it. National File appears to be a pro-Trump, “New Right” oriented news source. However, CGTN is China Global Television Network, which is the state-owned division of China Central Television, presumably not big Trump fans.

How this video came to be run and posted by CGTN is probably a story in itself, but the video is purported to be authentic.

The Ashli Babbitt story has been buried by all major news organizations, including Fox “get vaccinated now!” News (anybody notice the unified narrative on that topic?)

No one is going near it except in the most perfunctory fashion possible. This is tragic because presentation affects interest, and the fact that this woman was shot dead on January 6th, more than seven months ago, and the identity of her killer has not been released to the public, AND the fact that the news media lied and lied and lied about other aspects of the Capitol “raid”, like the wrong (and apparently, deliberatly dishonest) attribution for the death of Capitol Police officer Brian Sicknick (he died of natural causes, but the media went hogwild at the time saying he was bashed in with a Trump-supporter-wielding fire extinguisher)…

What is also really sick is that the commenters on the CGTN post apparently are either hard-left people or hard-left bots, none of whom have anything kind to say about the tragedy surrounding this woman’s death.

She was unarmed. She was a woman. But that garners no sympathy, because she was also a very fervent Trump supporter. Somehow for the media, that negates her validity.

Even for Fox News.

Thankfully, NewsMax is not dropping this story, and we are not dropping it either. Admittedly, the video above raises questions – it appears Ashli broke the windows of a locked door. However, she could have been pulled back by the police there behind her, and she was not presenting a deadly threat to anybody in what she was doing.

The weirdest thing about this whole story goes hand-in-hand with everything we are told about the Capitol events – there is truth somewhere, but we sure as hell do not know what that truth actually is; the story is covered up in too many layers of “Right-wing nutters insurrection!” and other similarly slanted descriptions / evaluations, rather than simply stating what happened, and how, and why.

Thankfully, the one person in the world who has a voice powerful enough to make a case for her has spoken, and his voice may be the one to keep this issue front and center where it belongs.

Former President Donald Trump ratcheted up his rhetoric against the law-enforcement officer who shot Ashli Babbitt in a Wednesday statement, calling them a murderer and saying, “We know who he is.”

Babbitt died after a law-enforcement officer shot her as she tried to climb through a broken window to get into the Speaker’s Lobby during the January 6 riot at the Capitol.

…He and Republicans in Congress like Rep. Paul Gosar have sought to turn Babbitt into a martyr, saying she was unjustly killed and wrongly targeted by law enforcement. GOP lawmakers have cited her death to say that the insurrection wasn’t as serious as it appeared and she didn’t pose a threat.

In a July 11 call-in to Fox News, Trump called Babbitt a “wonderful woman, young woman, who went to peaceful protest,” despite the fact that the riot was not peaceful, and suggested without evidence that the person who shot her was “the head of security for a certain high official, a Democrat.”

(How many times has Donald Trump spoken a claim “without evidence” and turned out to be correct? Pretty much every time he does this, he turns out to be correct. We continue our quote from Business Insider…)

The Daily Beast reported in mid-July that Trump had privately complained to those around him that he should have lowered the flag in honor of Babbitt before leaving office.

The Department of Justice decided not to bring criminal charges against the lieutenant who shot Babbitt after an investigation concluded the officer did not violate her civil rights. Babbitt’s family is suing the Metropolitan Police Department in Washington, DC, in an effort to have it disclose the officer’s identity.

Babbitt, who was 35, was a native of California and an Air Force veteran who served in Iraq and Afghanistan.

She went from voting for Barack Obama to ardently supporting Trump, people who knew Babbitt told Insider’s Melkorka Licea. She became a strong believer of the QAnon conspiracy movement, which eventually drew her to storm the Capitol, the people said.On January 6, rioters breached the Capitol in an effort to prevent Congress from affirming President-elect Joe Biden as the winner of the 2020 election. Five people — Babbitt, Capitol Police Officer Brian Sicknick, and three others — died following the riot, and hundreds of people have been charged with crimes in connection with the riot.

This last paragraph is slanted, still but nearly correct. I would offer an alternate phrasing: “On January 6, thousands of Americans, many Trump supporters, and some suspected Antifa activists, breached the Capitol in an effort to prevent Congress from affirming President-elect Joe Biden as the winner of the 2020 election, or to cause mayhem to make the Trump supporters look bad… each according to his own plans.”

It worked. What was largely a very concerned (and aggravated) crowd of Americans who loved their country and saw massive fraud in the 2020 elections, made worse by a “stonewalling” from the US Supreme Court, many state governments and Congress itself. They wanted answers and were told instead to “shut up and go away.” That did not work well. That is also why they were gathered in Washington, DC, to make one final attempt to be heard, as they should be.

The fault of the Capitol “riots” rests squarely with the Left, the Deep State, the Establishment and the Great Resetters cabal that was dead set on installing a truly empty-headed “suit” in the White House who would be unable to resist carrying out the will of these people. They cleverly used the anger and outrage of Trump supporters against them and smeared the good name of Donald Trump badly. I have to be honest here, and many readers will not like this statement, yet I believe it is important to see now and consider: The likelihood of Trump getting elected again is low, unless, and only unless, the Trump supporting machine attains strength ten or twenty times as great as it was in 2016 or 2020. The forces against him are powerful, and have come in to their time, successfully fragmenting the nation and her people. To unite is possible, but not through mainstream sources and networks.

Thankfully, such unity, and even the creation of a “parallel polis” is evident, with much greater resolve than has been seen before. I truly believe that the folks in power now have very dark powers working in and through them. With God’s help, they can be defeated. Without God’s help, we haven’t got a chance. Ultimately, as I have written many, many times, strange as it may sound, the key to all of this is a personal return to obedience and reliance upon God in the true Christian faith. It sounds odd to say such things in “modern times” but it is the truth. Just ask any survivor of Communism.

Maybe Ashli Babbitt was a heroine, and maybe in all fairness, she was a terrible criminal. It doesn’t really matter: She was a person, an American, and her story has been hidden by a media who is complicit with the power that rules our land. That power seeks to keep us in darkness, but the children of God know that they are given brains and intellect to evaluate things for themselves. The news media’s job is supposed to be to give them the information so that they can do this.

It was never supposed to tell people what to think, or even “not to think” at all. Nate Silver’s site FiveThirtyEight hazarded some truth in this comment (slightly edited by us), proving that even a broken clock is right twice a day:

“…in this case, the lack of transparency from the Capitol Police and the highly politicized nature of Babbitt’s death created ideal conditions for [a great many conspiracy theories] to bubble up to the surface.”

I am making a good salary from $1200-$2000/week , which is amazing, under a year back I was jobless in a horrible economy. I thank God every day I was blessed with these instructions and now it’s my duty to pay it forward and share it with Everyone Info↓↓↓↓

Capitol Hill Incident https://www.revolver.news/2021/06/federal-foreknowledge-jan-6-unindicted-co-conspirators-raise-disturbing-questions/ There were a disproportionately large number of FBI infiltrators in the group which entered the Capital Building on that day (infiltrators or instigators?). A large number of those who caused the most trouble were never indicted, while the opportunistic ‘rebels’ who did nothing more than wander around the building, were. This linked article is an excellent, detailed and thorough analysis of the events of that day, and the highly suspicious nature of it all. It was an amazingly convenient piece of propaganda for Democrats and RINOS to use in order to silence Trump. Anyone might think… Read more »

Re: “(infiltrators or instigators?) – no doubt both. These people join practically all major demonstrations as infiltrators, and upon command from above, become instigators. In this case, I am sure this particular infiltrator was ordered to carry out a targeted shooting because of Ashli’s connection to Trump, to send a message to Trump supporters. Had it been a random shooting, they could and would reveal the perpetrator’s name. But they have to protect their own. 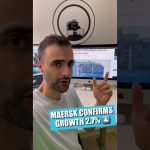 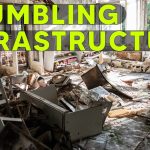