Everything about the 2020 election was surreal and faked. President Trump was cruising to a decisive victory, only to have it snatched away by Democrat and Deep State operatives functioning on an organized level never seen before in the history of the United States. They succeeded in halting President Trump’s efforts to let America be concerned for itself instead of being used and taken advantage of by the rest of the world.

They made the United States the weakest superpower anyone could imagine, and of course, it is when superpowers are weak that they can be the most dangerous. An addlebrained suit in the Oval Office and a woman whose ambition and ego way outweighs her actual job skills are now occupying the highest offices in our land, and thankfully, they are making complete asses of themselves. That is the good part about all of this – none but their most blindly faithful supporters can help but see that Joe Biden and Kamala Harris are the most pathetic team in the White House that this country has ever experienced.

However, their support structure is truly formidable. It is so powerful that things that normally get revealed in one or two days or weeks at maximum are still unknown about today:

All three of these are certainly wonderful conspiracy theory fodder, and tinfoil hatters all over are having a field day with these. However, there is some truth and a concern about these stories: for a nation that is used to knowing all the information about any incident within its borders, these three questions remain unsolved.

Here we have one of the US Representatives from Texas, Louie Gohmert, bringing up the notion that Federal agents were behind the Capitol “attack” on January 6th. Note in the quote below, from Forbes Magazine, how quickly the editors try to prevent any consideration of this:

Citing reports from right-wing outlet Revolver News and Fox News host Tucker Carlson, Gohmert suggested in a speech to the House that government agents had “significant presence and participation” in the attack, claiming they “probably helped egged [rioters] on.”

Carlson and other right-wing commentators have baselessly suggested the existence of unindicted co-conspirators in Jan. 6 cases implies FBI agents were involved.

The fringe theory has been embraced by other GOP lawmakers like Reps. Marjorie Taylor Greene (R-Ga.) and Matt Gaetz (R-Fla.), who sent a letter to FBI director Christopher Wray asking how many federal agents were “present at the Capitol” on Jan. 6.

Gohmert said the unindicted co-conspirators “raise disturbing questions of federal foreknowledge” of the attack, calling it “third-world stuff” and “Putin kind of activity.”

Gohmert added that if there were federal agents “involved on Jan. 6,” Congress needs to know “what the FBI knew and when they knew it” and “what kind of role” the agents were playing.

Note how quickly the term “baseless” comes into the picture. Clicking on that linked text takes one to that great bastion of truth and fact-checking, CNN. Which is quick to pivot the story to an attack on Fox News, and most particularly, Tucker Carlson, who has been bringing these stories to massive public attention pretty directly. Again, one has to smile when viewing the propaganda effort in place:

Fox News, right-wing websites and Republican lawmakers are promoting a new false flag conspiracy that the FBI orchestrated the deadly assault on the US Capitol.

The haywire theory originated from an article published Monday by Revolver News, a right-wing website. From there, it was picked up by Fox News host Tucker Carlson, who used his opening segment on Tuesday night to slam the FBI, saying it played a role in the January 6 attack.

Several Republican lawmakers quickly piled on. They entered the article into the congressional record, tweeted about the Fox News segment, condemned the FBI agents who supposedly “organized and participated” in the Capitol attack, and demanded answers from the FBI director.

But here’s the problem: The underlying article was nothing more than a conspiratorial web of unproven claims, half-truths and inaccurate drivel about perceived bombshells in court filings.

Legal experts laughed off Carlson’s convoluted breakdown of how court documents supposedly revealed that “FBI operatives were organizing the attack.” Twitter even fact-checked Carlson’s comments on Wednesday afternoon, calling them a “baseless suggestion.” But the right-wing disinformation echo-chamber was already at full blast, and the false flag theory went viral.

These guys are getting a little better at their craft, which is something because American propaganda makers have had a very easy job as of late, and have been extremely careless in developing a believable and consistent cover story. Note here that the theory is editorialized as “fringe”, “haywire”, “false flag”, that the source was a “right-wing website.” Then they move on to further editorialize Mr. Carlson’s reports as a “web of unproven claims, half-truths and inaccurate drivel…” Then we have another great fact-checking organization coming to the rescue: Twitter.

Since when has Twitter been the reliable source of truth about anything? This site is little different than the gossip website TMZ, which are so outlandish they make The National Enquirer appear as solid as a scientific encyclopedia.

The only people this sort of propaganda works on are those who are either wanting to believe in their guy, or gal, or those of us who are simply not paying attention.

These two groups are linked, of course. It seems difficult to imagine that anyone truly paying attention to what the American government is doing would actually support the people who appear to be in power. Maybe that is my personal bias showing, but people on both sides have certainly seen or experienced a lot of willingness to “accept” their side’s story because it suits their personal preferences and politics.

This is regrettable, of course. What really happened is important, whether one group or individual agrees or not.

That is why Louie Gohmert’s attention to the January 6th events is so important. We have the most blatantly obvious conspiracy that was carried out. A woman is dead, shot for unknown reasons, and the killer not identified. We do not know who won the election, nor do we know if there was fraud in the election. And these ARE unanswered questions no matter what party affiliation one holds. For one side it is conveniently left alone, perhaps, but the facts are that these situations are not resolved.

At some point, we need to begin caring about this enough to make the truth be revealed, even if it comes out to be something we wish was not so. The unanswered questions cry out for justice, just as Ashli Babbit’s blood cries from her grave, asking for answers and for justice to be done.

The American philosophy is to never let an opportunity for political or economic gain go to waste (it is exploitative in that sense). The Americans also have extensive experience in manipulating political processes, such as in democracy or in foreign meddling. So when some people realized that Trump supporters were gathering in the capital and Trump was intending to support them, no doubt certain decisions were made and carried out, but one will never know at what level or by which institutions. Telephone records of leading politicians or government officials such as Pelosi or Schiff or the Mayor of Washington… Read more »

Only in America can what plainly happened in front of the world’s eyes be classified as “conspiracy theory”! This is the very definition of ‘gaslighting’….(no wonder this phrase has become so popular of late)….Americans are being royally gaslit! 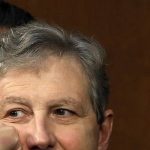