An informed diplomatic source said that a delegation headed by Russian Deputy Prime Minister, “Yuri Borisov“, is scheduled to arrive in Damascus this afternoon, Tuesday.

The source added that the Russian delegation will meet during the visit with a number of Syrian officials, and that “Borisov” will meet with Syrian President Bashar al-Assad, to discuss files of concern to the two countries, foremost of which is the situation inside Syria, whether in terms of combating terrorism, or in terms of economics and ways to confront sanctions. America and the challenges of confronting Corona, and the Russian role in helping Damascus.

The source explained that the visit comes within the framework of completing the meetings of the Syrian-Russian joint committee for economic, commercial, technical and scientific cooperation, where the Russian delegation will include officials in the economic field and Russian technological companies.

The source suggested that the visit would culminate in the signing of a number of agreements that enhance cooperation between the two countries and contribute to the expansion of joint economic and commercial work between them, in light of the two countries’ efforts to resist the effects of the Western economic blockade against them.

It is noteworthy that a large Russian delegation headed by “Borisov” visited Damascus in September of last year. During that visit, the two sides discussed many economic, political and military files.

I would love to see the Chinese get more directly involved in helping assisting Syria and the Syrian People, not militarily the Russians cover this, but economically and with help/assistance with CV ect…for the benefit of Syria…but mainly to see the AmeriCunt Regime + Deep-State, their Politclown Establishment, the combined western Fake-News/Propaganda MSM and the NeoCunts + ZioNAZIs loosing their shit clinching their fists in anger and going ballistic and show their true faces once more, it would send shockwaves thru the “Dark Side of the Force”.

Why is Yuri Borisov’s name under quotation marks in this article?… Bizarre…

Probably because the piece is from Khaled Iskef a journalist from the Al Mayadeen news outlet and translated from Arabic to English, maybe in Arabic reports are non Arabic names writen in latin writing set in ‘quotes’.

I will provide you with a link so you know why
https://en.wikipedia.org/wiki/Quotation_mark 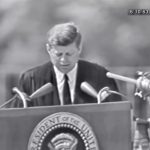 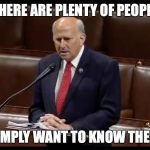