If you haven’t heard any of the “music” produced by Nicki Minaj, here is some advice: don’t. Having said that, the lady clearly has real talents, starting with her attitude.

Whether or not you’ve heard of Nicki Minaj, you have certainly heard of Joy Reid, the queen of gaslighters and the woman Tucker Carlson calls The Race Lady, because as you know, everything in America is always and only about race. Or is it? Reid tried to make this one about race, but Miss Minaj was having none of it.

So what was it about? The rapper is opposed to vaccination mandates and made that clear to her 20 million plus followers on social media. Reid is just as clearly a true believer in vaccines – best not tell her this is “White Man’s medicine” – and let it be known that in her humble opinion, Miss Minaj is way off beam.

Addressing her as “Sistah”, Reid alluded to “our community”. What community might that be, wealthy women?

According to Miss Minaj, someone in her outer circle suffered an adverse reaction to a shot, so she urged caution. Whether or not this claim was true, it appears to have been made in good faith, a concept Joy Reid doesn’t understand. As the war of words developed, Miss Minaj dug out some comments Reid made about homosexuality, including this one from a 2007 blog post, and this one from 2009; the originals are gone, but thanks to the Internet Archive…

This was an amusing affair, when these posts were given wide publicity, Reid claimed someone had hacked her blog, a ludicrous claim. And why shouldn’t anyone of either sex be revolted by the thought of two men doing unspeakable things to each other? Homosexuality is still illegal in many countries, and was until April 2018 in Trinidad, the home of Nicky Minaj.

As if taking a wrecking ball to MSNBC’s mistress of disinformation wasn’t enough, Miss Minaj was praised by none other than Tucker Carlson, which caused an apoplectic reaction from some of Reid’s fellow travellers, including a dude named Hasan Piker.

Nicky Minaj is now a wealthy woman thanks to so many people have such poor taste in music; she is also approaching forty, so if she wants to start a new career, perhaps she should drop Rand Paul a line. Is there a Libertarian Party in Trinidad?

Making money online more than $15k just by doing simple work from home. I have received $18376 last month. Its an easy and simple job to do and its earnings are much better than regular office job and even a little child can do this and earns money. Everybody must try this job by just use the info on this page.

She certainly is making waves, God bless her 🙂 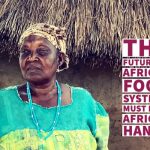 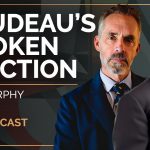