The following are two videos, uploaded March 23rd, 2022 and March 5th, respectively, from a small Ukrainian village presently under Russian control and from another site within Belarus. These videos are shot by UK journalist Graham Phillips, who is defying Ukraine’s warnings against his own life and safety to continue to chronicle the struggle in the Donbass region and now, by virtue of the war, all of occupied Ukraine.

Far from the horror stories shown on American TV, what is shown here is far from desperate, as residents of the town come to a gathering place to receive food and / or other supplies.

Graham Phillips is a British man who has been journaling the situation in Donbass for the full eight years of the region’s struggle against the Ukrainian army and government. Donetsk and Lugansk declared their respective autonomies in 2014, in response to fears stoked of “Ukrainization” of the Russian-speaking eastern regions of the country.

This came to a real head on February 24th, 2022, when Russia launched a military operation to stop the increasing threats coming from Ukraine’s government and its ultranationalist Azov neo-Nazi aligned fighters.

This video is in Russian, and possibly in Ukrainian as well, since the auto-translate function has a difficult time keeping up with the residents’ speech, but does better with the soldiers. The people are asked about their thoughts regarding Stephan Bandera, the Nazi sympathizer and hero to many Western Ukrainians, resulting in the antagonistic and Pelosi-quoted neo-Nazi greeting “Slava Ukraina!!”, about the Russian troops themselves and other questions.

A number of my readers have asked me for information about what life is like in Russia during the war, and it seemed that getting information from the war zone is even more important to help disseminate.

We hope this is helpful and that it provides some useful and honest perspective.

In the meantime we pray for the completion of the operation and subsequent cessation of hostilities between these two brother nations.

The first video, from a Ukrainian village, uploaded March 23rd, 2022:

And the second, shot in Belarus and uploaded March 5th, 2022. The second video is in English.

ATN reports in Russian: ATN: news from Belarus and the world Obsessed with the idea of ​​imposing as many sanctions on Belarus and Russia as possible, Europe and the United States have led to economic losses in their own countries. Lithuania has already faced rising food prices. But, soon the increase will be even more noticeable. So, bread will rise in price by half, and vegetable oil by one and a half times. The shelves in Spanish stores are empty. Due to the sharp increase in prices, local residents began to panic buying essential products. The country also has problems… Read more »

Great video that confronts the Western cabal propaganda.
Citizens of UK have to pay to listen to the “independent” BBC propaganda mouth piece. Your video provides the alternative narrative of the UK managed single narrative free speech BBC media. Thank You.

Les Echos in France reports: The morale of big business bosses drops in France in the face of the war in Ukraine The business climate index fell by 6 points in March in France, due to fallout from the conflict in Ukraine, INSEE said on Thursday. The fall is particularly strong in industry where the outlook for production is darkening. There are those who suffer from the lack of metals, components due to the sanctions imposed on Russia or more directly from the decision of the company itself to cut its relations with its Russian partners. All of them are… Read more »

Those Ukies give Nazis a bad name. 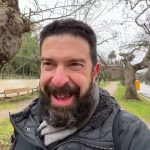 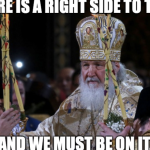