What does “Slava Ukraina!” actually mean?

Doesn’t it sound a bit odd to offer glory to a nation?

That is because it is.

“Glory to Ukraine!” or alternatively “Glory to the Heroes!” are both salutations by the neo-Nazi group known as the Azov Battalion, or Azov Brigade. Does stuttering Nancy know she is invoking a Nazi salute? Does the American Congress realize this?

I bet some of them do, and that may account for the apparent reticence to state it when Speaker Pelosi asked them to do this.

President Zelensky of Ukraine, playing the part of military fighter, dressed in his military green T-shirt and sporting a rugged growth of beard he did not have several weeks ago showed his exhaustion on video. This though he is certainly well away from the actual fighting.

Mr. Zelensky is canny, one has to admit. And I think in his own way, he loves his country and wants to protect it.

But I have not seen such a deluded person in any foreign country before this. I thought the only deluded people were the psychotic (or on antidepressants) Americans, mostly upper-middle class Karens and politicians.

Well, here it is, folks. American congressmen and women, Senators all saying a Nazi salute.

I voted for Trump!!

U.S. Speaker of the House Nancy Pelosi today gave the Ukrainian Nazi Salute, taken from WWII Banderist brigades in West Ukraine, who murdered tens of thousands of undesirable Poles and Jews during the conflict. “Slava Ukraina!”, she declared. Or to translate, Glory to Ukraine!, Glory to the Heroes!

She’ll jump on any leftist bandwagon. Remember her wearing a BLM scarf and having to be hauled to her feet after ‘taking the knee’?

I remember that photo of her kneeling and waiting for someone to help her up. The amusing title of that cheesy Hollywood photo op was : “HELP, I HAVE PANDERED AND A CAN’T GET UP.”

She is a gin-soaked Jew-puppet. Ignore her idiotic rantings.

Although in fairness, it was hardly a Roman salute now was it? 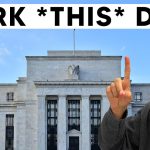 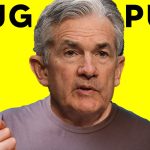