Can anyone really answer adequately why canceling Russia is such a good idea, without resorting to some stock answer that the TV, radio and internet media are saying every day?

I cannot. Based on precisely these sort of reports from TV, radio and internet, and further based on my incredible amount of acquired wisdom and ability to smell out bull—t lies from the media, I see no reason to cancel Russia.

Graham Phillips, and Englishman who has followed the problems in Ukraine and Russia carefully and on the ground for many years, has this new video to give a view of the situation that the West simply does not want to hear.

Of course, the cries from those watching Western media is very different:

But what about what President Putin is doing to Ukraine? He is trying to recreate the Soviet Union!?!?

All in all, there is more information and evidence I see experientially as well as read and hear to support Russia’s side and views about this conflict. The West is in hysteria and will not look at this now, but eventually it will have to face the truth or die trying to resist it. This is a psychological breakdown of catastrophic proportions, and it makes me very sad for all the people caught in this mess in the USA, Canada and Europe – both those who believe the nonsense and those who don’t who themselves risk being canceled.

Here is an interesting historical look at what Putin really wants for Russia:

Putin has been warning the world for 15 years that Ukraine is his “red line in the sand”.

Hi.
Thanks for sharing your experiences in point 3.

I’ve visited a few Russian news sites before, and every time Ukraine and relations thereof are discussed, some readers/commentators begin to throw the word “хохол” around (TBH I had no idea that ‘khokhol’, used a slur for Ukrainians, also has a different meaning). My hope is that those readers are a small minority of the population in general. 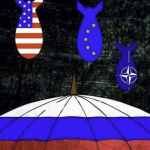 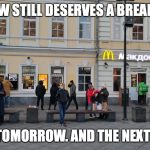