How do you like your high gas prices? $7.55 a gallon? Do you blame President Putin for this, like this poor man apparently does?

No bones about it – these prices simply suck. The average price of gasoline is around $4.32 per gallon nationwide. The lowest reported price ranges are still very high, at $3.81 per gallon.

But, seriously, this man wants to send President Putin the bill? Why? Putin did not cut off Russian oil to the United States. The United States did that to itself, per Joe Biden. In Russia right now, the gas prices are relatively low, especially when taking into account the seriously battered ruble. In fact, the highest prices I am seeing in Moscow are about 60 rubles per liter for the most premium grades of gasoline, like 94 octane stuff. Sixty rubles  is about $0.50 per liter right now, due to the seriously impacted exchange rates, so with a liter being a slightly higher volume than a quart, Russian gas prices are maxing out at about $1.94 per gallon.

The United States wokery is bringing down a disaster upon its own people, and in the case of this irate gentleman, he does not realize this.

It isn’t just gasoline either. A very amusing clip making internet rounds shows the march of a certain group of penguins:

Even McDonald’s was reported to be closing its stores in Russia.

However, this is not quite true. I took this photo today, on the day that all Mickey D’s are supposed to be closed: 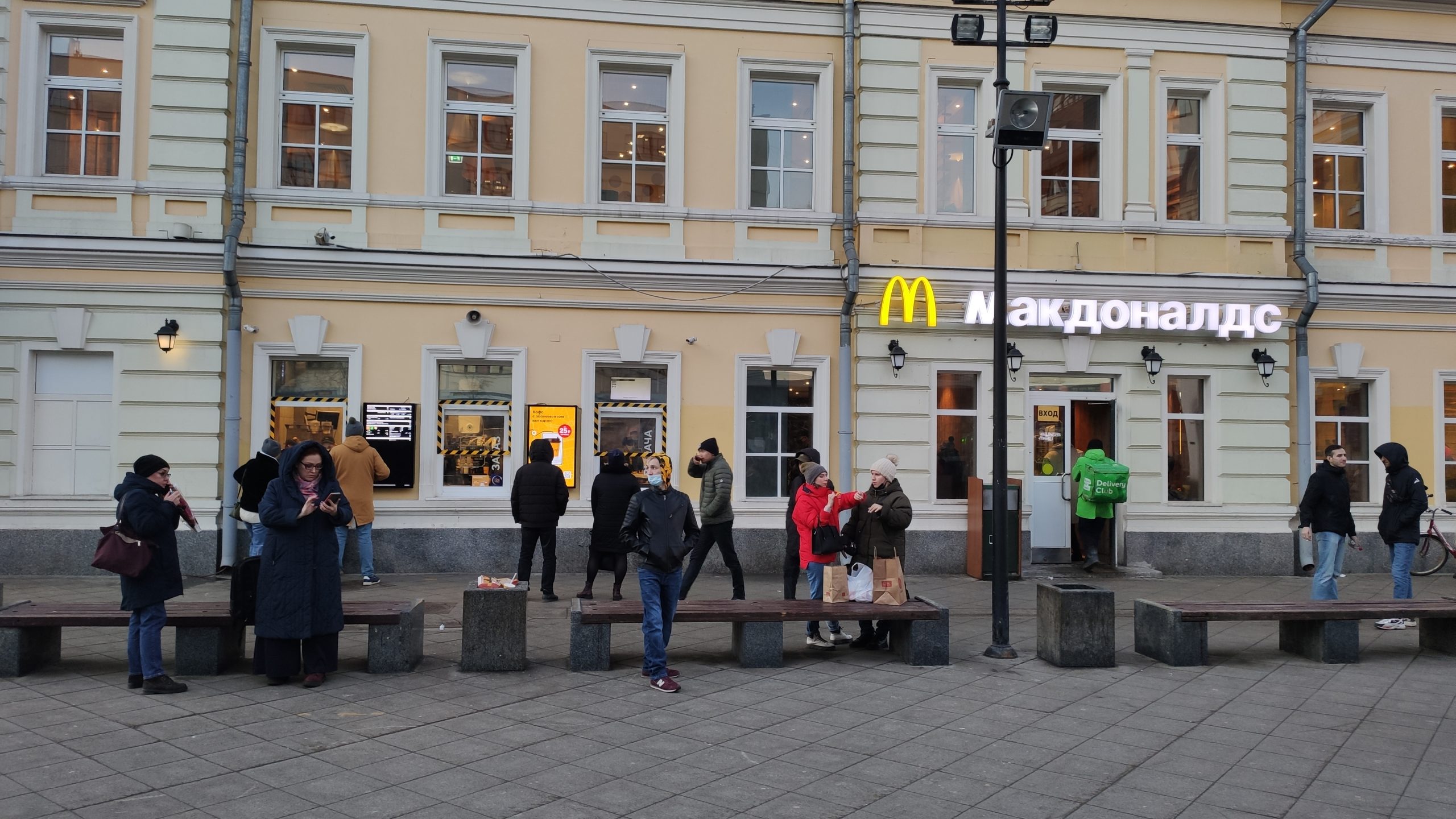 This was taken in the afternoon, around 6:20pm at the Tretyakovskaya Metro Station location of McDonald’s. This is one of the most beautiful areas of Central Moscow. The crowds on a weekday afternoon are not usually large, and this is a little lighter than I usually see, but, that restaurant is definitely open.

Not only that, but all the coronavirus restrictions are being lifted, for good, I think, starting tomorrow. No more masks, anywhere, for any reason.

Things are looking up in Russia!

In the meantime the West is getting hit with huge energy prices, a forthcoming massive hit in sales for many companies (Russia is a big-time consumer of goods and services provided by everyone from IKEA to Apple and Mercedes-Benz, and everything in between and beyond.)

That is what is different from the 1990s, which is what the fear of some people here actually is. The 1990’s, not the Soviet times, are seen as the most disruptive period in recent Russian history. The famimes of the early Communist days are generally before the Great Patriotic War (WWII), and what with the Great Patriotic War being the center of Russia’s greatest historical victory, everything after that is inconsequential. But the ’90s were crazy, and no mistake. The fear of sanctions is that a situation like that will be triggered by all the sanctions brought to bear on Russia during the military operations ongoing in Ukraine.

However, as I reported elsewhere, there is a growing consensus here that Russia is setting itself free from a chosen thralldom to the West, and eventually, all those companies that pulled out, fired or cancelled their Russian employees and offices will come back begging for their old business again… and this time it will be Russia that sets the rules. It will be backed by China and now, India, who are presently working on, or completing their own three-nation monetary transfer messaging systems to form an economic association that, incidentally has 40 percent of the world’s population.

The days of American economic hegemony are over. The Americans don’t quite understand this yet, but, give it time. It is over. The US did it to itself and sped up the process, but this was inevitable.

The US is finished . It is a spent force. Europe will be ruined and it may take a few years but the events in Ukraine signify the end of western hegemony. this has been coming for several years but the yanks presumed it was just business as usual. Russia will achieve its goals in Ukraine and lets face it , Ukraine has needed cleaning up for years. It is a broken destroyed country even before the invasion ! my only concern is the stupid yanks may not leave well alone and attempt something really stupid like nuke ukraine and… Read more »

How can you be so sure this McDonalds “is definitely open.” One person in a green parka is looking at it, apparently through the door or window. Two guys happen to be talking to each other nearby. Perhaps the are friends who happened to run into each other. To the left of the M sign is obviously a small movie theater. All the people in front of the theater look like they are waiting for it to open.

They’ll be a lot healthier if MacDeath never opens in Russia again. Did you watch the film “Super Size Me”? The ill-health effects of consuming MacDeath “food” as shown in the documentary, makes me want to cross to the opposite side of the road to pass by one of their outlets to avoid being contaminated by it. 🙂

true. I have travelled a lot in Latin America and remember way back when US fast food was not established there, and I never encountered a single obese individual on my travels. People frequented fruit and vegetable juice bars and were healthy. This changed abruptly when McDonalds and other fast food chains opened up. It’s not just the lack of healthy nutrition, obesity in and by itself is a major morbidity. The Russians are so lucky to be rid of it. One could even say idiot Biden saved countless Russian civilians’ lives by his silly sanctions.

I hope all those little countries that America has destroyed just to steal their assets, will give them a good kicking when the USA psychopaths go down the drain. There are some really good people in the USA so I hope they survive. But the rest need to be put in their place which is down below.

Good points, Steve Turley. However, I disagree that sanctions on Russia are the cause of high gasoline products in the US. The US had been importing a very small percentage of Russian fuel. It was actually Biden that closed down pipelines and drilling. How else did we go from energy independence to begging Saudi Arabia, UAE and Venezuela for gas/oil? It also really angers me that we’re supporting Ukraine with money and arms. It is not a NATO country! The US gov just kept poking the Bear, instead of recognizing Russia’s red line (security concerns) – which always seemed reasonable… Read more » 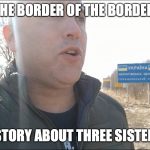 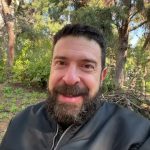