The states of Wisconsin, Pennsylvania, and Georgia have all joined Arizona in the decision to conduct forensic audits of the 2020 presidential elections. This move got a major push after authorities from these and several other states visited the Maricopa County auditing operations. We do not know what they saw, but whatever it was was enough to compel these states to second guess what happened on 2020 on an official level.

Joe Biden was reported to have won the 2020 presidential contest with a total of 306 electoral votes, which is a fairly commanding lead. 270 is the cutoff for winning a Presidential election, and the United States typically has not shown huge blowout popular vote majorities in many of its recent presidential contests. The perceived popular vote count for this election gave Joe Biden some 81 million votes to Donald Trump’s 74 million, both record high numbers, but there has been a problem with this election since it happened:

The 2020 COVID-19 pandemic created a lot of chaos that appears to have been manipulated in the presidential elections so as to create results that are, frankly, difficult to believe. For many Trump supporters and fans, this morphs into “difficult to accept”, especially as Joe Biden’s popularity was never manifested in large crowds coming to see the man during the campaign, where Donald Trump had overflow crowds everywhere he went. Even now, with COVID-19 largely beaten back for a few weeks, Joe Biden events do not draw crowds at all. This makes us wonder how “the most popular candidate in history” could actually be that, and the persistent video footage and reports from many witnesses also points at a massive and highly organized election fraud having taken place by essentially “ballot stuffing” through the use of unsolicited and outright forged mail-in ballots in several key US states.

Those states all experienced a similar event: a halting of vote counting in the middle of the night, followed by the delivery of new ballots which almost all indicated Joe Biden as the candidate of choice. When it happened in Pennsylvania, Donald Trump had a commanding lead of over 700,000 votes. In Wisconsin, his lead was 100,000, as was also the case in Michigan. In Arizona, in a very strange event, the state was called for Joe Biden well before vote counts were even really underway, and that call was made by Fox News’ contributor Arnon Mishkin, though a new book just released proposes the idea that Rupert Murdoch himself authorized this strangely early call. 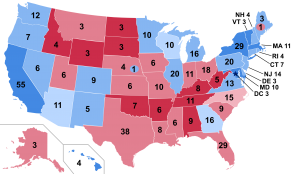 The four states who are conducting their forensic audits account for quite a significant number of electoral votes:

In total, 57 electoral votes are in question at this time. If more of the states that experienced anomalies get on board, like Michigan and Nevada, that number obviously increases.

We know only a little about the progress of the Arizona audit, though a couple of very interesting bits of information were made known – like how 74,000 mail in ballots that were counted have no record of having been sent.

The mainstream media, Wikipedia and any sort of targeted search on this topic via Internet are amazingly consistent in declaring as “baseless” (and sometimes even stronger language) any notion that the 2020 election was in any way fraudulent. The overall language basically invites doubters to sit down and shut up. Because.

What remains amazing to examine even now, nine months later, is how determined every single media outlet (including Fox) is to not investigate this election.

We have to call attention to this over and over because the folks that coordinate this are rather clever in their cooperation, but they are absolutely ham-fisted in their deployment.

For whatever reason, the “accepted narrative” is that the 2020 election was not only honest, it was The Most Honest election in US history. Any attempt to question it should not just be fielded and ignored, but attacked and ridiculed. This is the first time this level of propaganda has been made in modern United States media on such an obvious level.

It also creates more resistance. In the same manner as the present media push for vaccination against COVID-19 deliberately refuses to answer questions about vaccine safety, bioethics, and now with Delta “breakthrough” cases on the increase, even the basic efficacy of the vaccine.

“baseless allegations of election fraud!” “alt-right fascists!” “——–(the refusal of mainstream media to even report on this issue)”

Our news media is far more dedicated to telling us WHAT to think than it is dedicated to disseminating true information. This was made evident in regards to Arizona’s audit on July 27th, when Twitter suspended the Arizona Audit account. Why? “Violates terms of service” is not specific. What terms? How?

That may work for those people whose minds are already made up in synchronization with the media narrative, but for those of us who question that narrative or who disagree with it, it would seem that this approach only makes us more suspicious and resistive.

Such an approach stinks to high heaven of a cover-up, and it appears that there may be some substance after all that shows that the biggest events in 2020 and 2021 have been “managed” by people who have some goal in mind. While that sounds very conspiratorial, it is also eerily visible to anyone who does even just a little questioning. This is not like the “chemtrails” story, where what most of us (including myself) simply accept as jet contrails being more visible some days than others is understood as some sort of “brainwashing” or “genetic modification” set of techniques to ensure we are kept “under control”. That story is very difficult for me to get behind because I know a lot about meteorology and how these phenomena appear.

Vote totals are not the same. This is made evident by the fact that those folks in Arizona are finding something that is getting the attention of both liberal and conservative states. Keep in mind that Wisconsin and Michigan are blue states, or at least swing states with heavily Democrat populations. Yet Wisconsin is running an audit. Pennsylvania is a swing state with a heavy concentration of Democrats, but that disintegration of a huge Trump lead in the way it happened is suspicious, and in all these cases, we need the truth.

The absurd thing (and the very thing that makes these audits all the more compelling) is that, had a full and forensic recount been ordered immediately on noting these anomalies, this whole thing would be over. It might have indeed been the case that Joe Biden legitimately won, and the furor would be over, and even Trump supporters would have accepted it as an honest loss.

But the media’s rush to force us to accept an idea that is not based in fact, but in opinion and narrative, has itself spurred more and more suspicion of dishonesty, and so now, months later, the issue is not forgotten, but more pressing than ever, and since it is being carried on alternate media, the informing of Americans who want to know the truth is not even being controlled by mainstream editors.

If Arizona’s audit comes out showing that President Trump actually won that election, can you imagine what the response will be? If the other states discover the same thing, and it is determined that Biden’s 306 votes were actually 249, and that Donald Trump had 289 votes and is in fact, supposed to be President… what will that bring about?

We do not know. But we pray for the courage of these auditors, to be honest no matter what the outcome is, for it means a great deal for all of America, regardless of anybody’s present political leanings.

The CDC, the WHO, the CIA, CNN, PBS, NPR, MSNBC etc are fraudulent and liars.
Why would the election not be?

The Main sewer Stream fake Media should list all their companies in the energy sector in the stock exchange as they have been selling ‘gas’ for ‘lighting’ for over forty years…and have effectively, in that period, divorced themselves from the Fourth Estate in favour of the position of Chief Propagandist with the Fifth Column of the NWO…

CA Governor decided to mail out 24 million mail in ballots for the 2020 elections. Will we see something like that again during his recall election? 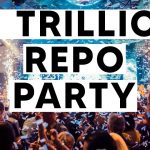 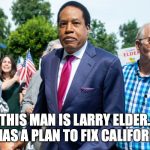